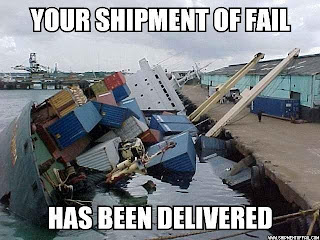 Just a few days ago, I was pondering the awesomeness that was Mark Finn doing a panel on Robert E. Howard in the comics, featuring Paul Sammon and Kurt Busiek.  This, in addition to the presence of the upcoming "Conan" film possibly including star appearances and even footage, as well as John Milius being in the vicinity.  It coulda been one for the books!

Sadly, Comic-Con in their infinite wisdom have decided not to bother with the REH in Comics panel.

We wanted to be the first to let you know that the REH panel, unfortunately, has been cancelled by Comic-Con programming. Due to scheduling restrictions that would not allow the existing panel to be transferred to Robert E. Howard Properties or one of its licensees, the decision was made by Comic-Con not to proceed. We would have been supportive of a panel on Robert E. Howard and his important role in the world of comics, as we have been in the past. We hope that next year a more collaborative effort will be made to create the ultimate REH panel.

Words cannot express how excruciatingly lame this bullshot is.  The new Conan film is kicking up a notch.  John Milius is going to be there.  We have tons of Robert E. Howard-related comics on the go.  This would have been a perfect opportunity to engage the attendees, telling them all about Robert E. Howard.

I rarely use this obnoxious internet neologism, but...

All I can hope is that Mark and the gang will still go to Comic-Con, even without the panel.  Someone needs to represent REH there, and who better than the author of Blood and Thunder?  Everyone needs to get over to Comic-Con and kick up a fuss.  Grill the Conan movie people.  There's no reason to be afraid of being aggressively nerdy - this is freaking Comic-Con.  If ever there was a time and a place to voice concerns about a film adaptation's fidelity to the source material, it's at one of the largest gatherings of nerds on the face of the earth.  Press them for information, chip away until they give something more about the production than just "the script is totally faithful to Howard's World" and "everyone on set is reading the stories."

Of course, I can't fly to San Diego, much as I'd love to (if I had the funds, I'd stay for months in the US, travelling cross-country for Howard Days, E3, Botcon, and Comic-Con), but us Howard fans can't just shut up about this.  The people need to know!

EDIT: The Keegans have dropped by with more information on the canceled panel, and since nobody (save the BOOM! studios editor) was actively working on an REH comic, it seems more logical for them to find things problematic.  At the same time, it's a shame they couldn't get, say, Tim Truman to swing by.  Ah well.

Also, thanks to Rusty Burke for clarifying the anniversaries.
Uttered by Taranaich at 04:29