It's been 5 years now. I wish he could be here to give his thoughts on new Howard and Tolkien developments, the Hobbit films, the 1,000th anniversary of the Battle of Clontarf, everything. Even that ridiculous Shadow of Mordor game. But he's surely not forgotten:

Before his death in 2009 Steve Tompkins was probably the most erudite of the Howard scholars on the scene. Now, Leo Grin has received the blessing of Steve’s family and put out a call for material by the late, great critic. Here’s what he’s looking for:
• As complete a bibliography as possible of what Steve published in various fanzines, websites, and comic book letter columns.
• e-texts of these items, either from the original Word docs, or from OCR.
• scans of the actual printed pages, to compare to the e-texts as necessary when editing.
• any email correspondence or paper letters anyone cares to share. Where personal confidences must be retained, strip out the offending passages and replace them with a “***REDACTED***” placeholder.
• Any remembrances of things Steve said to you in person or over the phone, no matter how fleeting or seemingly trivial. Just tell the story and context as best you can. Doesn’t have to be composed for deathless publication, just the facts for now.
If anyone would like to help in this endeavor, shoot us an email at info@rehfoundation.org and we’ll get you in touch with Mr. Grin.


I'm hopeful we'll have a concrete book to supplement the undoubtedly rich legacy left behind.

Bite-Sized Blog: On Conan, REH and The Times In Which He Lived

“Crom!” It was an explosive imprecation from Conan’s lips as he started up, his great fists clenched into hammers, his veins on his temples knotting, his features convulsed...


In case anyone's wondering: I've not been up to much due to an attack of bruxism, which has resulted in me biting into my left cheek to the point where it feels like someone takes a pair of pliers to my jaw muscles every hour or two. Luckily it's starting to heal now, though I'll be needing gumshields and whatnot. Stayed in most of the last week washing my mouth with benzydamine and whisky.

Hopefully nothing interesting's happened in my absence, like a new Conan movie that's actually an adaptation of one of the original stories being announced with Patrice Louinet taken on board as advisor. 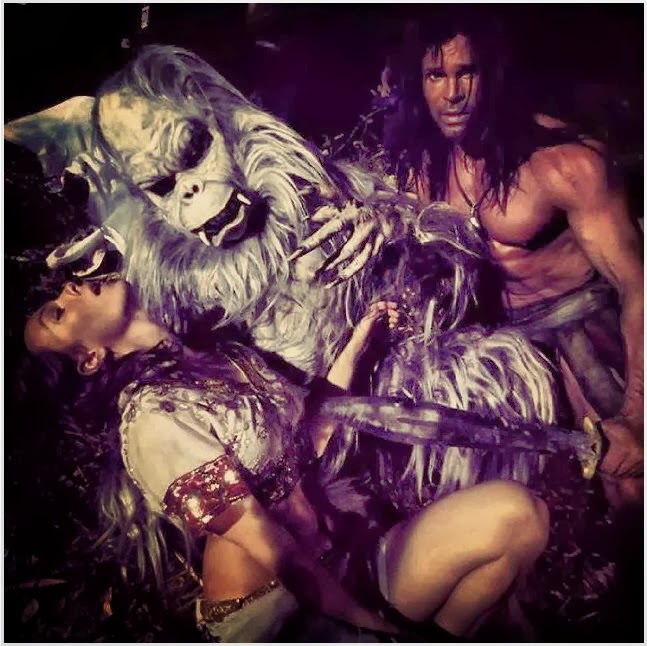 Because that would just be the worst timing ever.