The Word For World Is "West"

Almost ten years on, this post is becoming more and more prophetic.

The Road to Acheron, Part Four - "Zukundu of the Twilight" & "The Glacier of Time's Abyss" 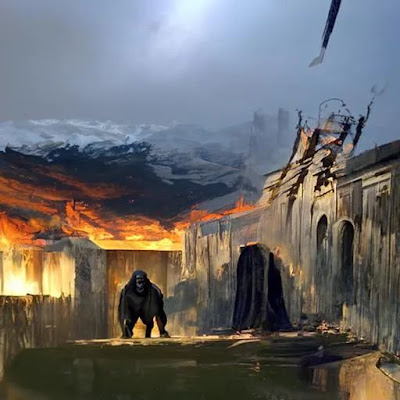 (DM's NOTE: The first story is the conclusion of the previous sessions' adventure, and some story elements of Helena Nash's "Devils Under Green Stars" are included... with some significant alterations. The thrilling finale to the Zukundu saga is here at last - and we even had time to fit in the next adventure! Both ripping yarns are included in this post - the question being, who survives? )

The Road to Acheron, Part Three: "The Fall of Zukundu" 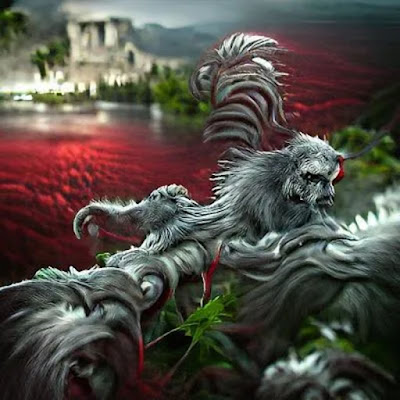 (DM's note: In my optimism, I projected that this adventure would be finished in one session. The players, being the wonderful meandering adventurers they are, saw fit to extend this story for another session - so much so, in fact, that the final chapters will take place in the first part of next week's session. I wouldn't have it any other way - though I'm going to take steps to improve my time management for the next set of stories!

As with the previous week, plot elements from Helena Nash's "Devils Under Green Stars" may be spoiled for anyone who wishes to play that adventure in its unadulterated form)

("The Lion's Reign," The Ghost and the Darkness, Jerry Goldsmith)

The Horror in the Greenhouse

Amatagt and Kryxus met each other somewhere outside of Kush. When they learned they shared the same destination, they agreed to work together - for now. Both heard different stories about the lost city of Zukundu, of what may lie behind its great walls, and the dangers that lurk within. The pair brave the jungles of Kush and its denizens, and arrived at the great basin where the city dwelt. They skilfully avoided the monstrous reptiles infesting the lake surrounding the city, and climbed the outer walls.

When they entered the city, they saw a woman. When she noticed them, she froze, before turning and racing into the jungle. The two began a pursuit, and followed her to a doorway leading downwards, overgrown with red vines. They heard a bloodcurdling female scream from below, and ran down into the corridor. They entered a strange greenhouse-like room with green glowing windows, stone planters, and red vines growing over all of them. The woman, standing in the centre, was trembling in terror: she spoke in Kushite, and though Amatagt is not well-versed in the language, he has taken enough slaves to understand "No! Get away! Get away!"

Something grabbed Amatagt by the waist, constricting around him like a snake. Before he can reach for his sword, Kryxus felt more constrictions binding his limbs, and snaked across his chest. Both were jerked backwards into the darkness, their vision swimming in a sea of red...

The Road to Acheron, Part Two: "The Children of Zukundu" 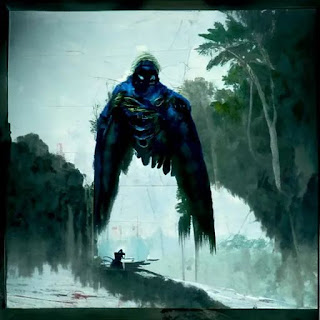 Welcome to the second session of The Road to Acheron. Last time, seven adventurers escaped the very pit of the serpent: Python, the capital of the Nightmare Empire of Acheron, was struck down by mighty magic practically unseen even in this sorcerous realm. Amatagt the Stygian, Arcus the Argossean, Dusan the Hyperborean, Kenyatta the Kushite, Kryxus the Gunderman, Tiberius the Kothian, and Zafia the Zamorian were some of the few who escaped the writhing death throes of a screaming city.

After putting many miles between themselves and the site of that unholy destruction, the seven departed. Amatagt, Kenyatta, and Tiberius rode out on their own, each having their own goals and quests in mind. Arcus, Dusan, Kryxus and Zafia, however, formed a band of their own, and roamed the ruins of Acheron as a team. Several months pass: coin is won and lost, adventures were told and experienced, blood and sweat and tears were shed, as the survivors of Python's fall made names for themselves across the western continent. These stories may also be told, in time - but that is for another day.

Something - the will of capricious gods or devils, or fate, or simple happenstance - conspired to draw them together once again.

(Note: this is a heavily altered adaptation of Helena Nash's "Devils Under Green Stars," collected in the Conan RPG supplement Jewelled Thrones of the Earth. It's a beautiful adventure with some great ideas, but I wanted to put my own mark on it as a DM. While there are some changes, anyone who plans on playing the original adventure should keep in mind there will be some elements from the original adventure within, & might want to avoid spoiling themselves.)

The Road To Acheron, Part One - "The Seven Sacrifices" 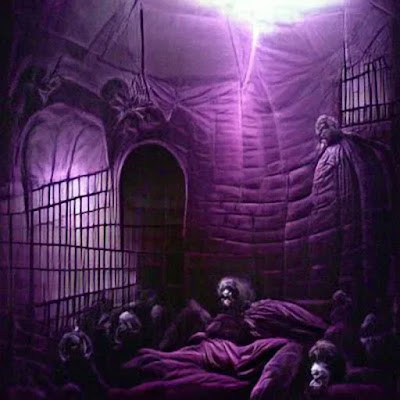 Last night was the first proper session of my game of Conan: Adventures in an Age Undreamed Of. Following character creation, I took a cue from a few Howard stories and started the action with the heroes in captivity: their weapons, armour, equipment, and allies all taken from them, leaving them with only a deliberately abrasive tunic & their wits. Will this first adventure be their last? Well, only one way to find out...

The Road to Acheron - A Saga in An Age Undreamed of

It seems like an eternity since I first went to Cross Plains. It leads on from the story of how I got into Conan. To recap: in the early 2000s, I picked up a copy of Fantasy Masterwork's The Conan Chronicles Volume One: The People of the Black Circle. I recognised the name from the plethora of Conan media, but to see it included in the Fantasy Masterworks subline (number 8 out of what would be 50) piqued my interest. Given that the first story I read (after the "Hyborian Age Essay" which I naturally ate up) was the magnificent "The Tower of the Elephant," of course I was hooked. Shortly after, I started posting on the late lamented Conan.com forums. I started to get acquainted with folk who knew a great deal about not just Conan, but his creator and his work. Over time, I mustered up the gumption to start this blog, & within time, I was nominated for a Robert E. Howard Foundation Award... which led me to Cross Plains, a shy, over-excited Strange Scot in a Strange Land eager to finally meet people who I'd been conversing with, and a pilgrimage to the homeland of an author whose work meant so much. Without exception, each of the regulars - and fellow newcomers - was generous, accommodating, and welcoming, and I'll never forget that.

Khand and Rhûn and Harad Too 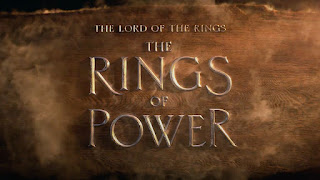 More information regarding the upcoming The Lord of the Rings series, now subtitled The Rings of Power, has emerged. The response has been predictably polarised between folk excited to see any new Middle-earth content, and unreconstructed individuals who think the people of Middle-earth were ethnically monolithic in their nature. Unfortunately, as is the standard for modern internet discourse, there is little room for nuance. Folk wonder why people are so easily radicalised nowadays, yet the immediate reaction is "SJW/PC/Woke nonsense" on one hand, and "racist/reactionary/privileged bigotry" on the other - leaving folk to either search for a middle ground that serves nothing and only perpetuates the idea of the two poles in the first place, or naturally find themselves caught in one pole's gravity in the end.

The essential issue is one, I think, of intellectual laziness that borders on timidity - of wanting the veneer of diversity, progressiveness, and inclusion, but stopping short of anything beyond the bare minimum. The problem, for me, is not the mere presence of ethnic minorities - far from it.

The problem is it doesn't go nearly far enough. 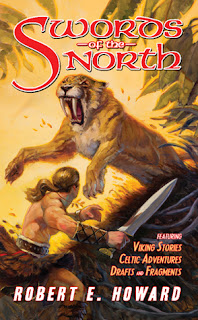