Yet if you can't go back to the island, how can you call it Jurassic World? Well, maybe we just need to change the meaning of that phrase. Ever since JPIII, the world has known about Isla Nublar. Jurassic World is a worldwide phenomenon. Yet even before the park was made public all those years ago, BioSyn was hunting for clues, wanting to get a piece of the resurrected dinosaur pie.

Wu leaving the island with the embryos is a pretty tantalizing sequel hook. Of course there are probably still nutters in the military desperate for Raptor Commando Squad, but why focus only on military applications? Indeed, what if Wu went further than InGen, and brought dinosaurs to the world on a scale they never imagined? Having a park populated with giant deadly carnivores is risky, but what about a number of smaller, safer parks with those baby Triceratops, Apatosaurus and Gallimimus, genetically altered to inhibit growth to create "pet" dinosaurs a fraction of the size? The dinosaurs aren't cheap now, but that's because they cared enough to do them right - in the absence of extinct species protection laws, who's to say some company or another will just create inferior knock-off dinosaurs from stolen DNA? Perhaps advances in genetic technology and recreation revolutionise the techniques, making them cheap and reliable enough for multiple applications. Soon dinosaurs could become as normalised as dogs, cats, horses and livestock are now.

The park may be gone, but it's still a Jurassic World.

- Me being a soothsayer, 3 years ago


There are good films, and there are bad films, so it seems to go. Some are universally accepted; others have a mixed reception; still more are curate's eggs or flawed masterpieces. As I've watched more films, read more about film theory, and engaged in my own criticism, I can never escape the same conclusion - film criticism is completely and utterly subjective. Films are art. How can it be otherwise?

Yet there's part of us as a collective so obsessed with quantification of everything, we end up applying maths to them - a certain rating, a certain percentage, a certain number. I'd say there absolutely is a place for maths in art, but to act as if it is the be-all-end-all of all artistic expression seems, to me, to be stripping subjectivity from the equation altogether. It's the difference between saying "this film is" and "I think this film is." One is an observation, the other is about what the film meant to you.

36-year-old Aly, is this just a roundabout way of trying to justify that you liked Jurassic World while still acknowledging its weaknesses?

More like trying to understand why I liked it, 8-year-old Aly. After all, there are dinosaur movies I - well, we - don't like, despite dinosaurs. I think it's because even the least celebrated Jurassic Park films have something in them that makes you think.

So this film made you think? 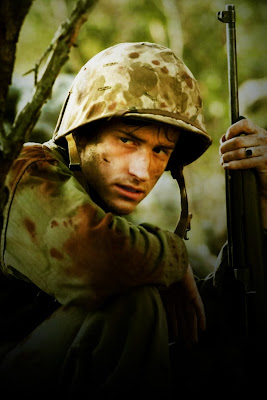 I remember playing on my grandpa's island. He owned an island in the South Pacific: nothing too ostentatious, just a couple of square miles, surrounded by lagoons and shallows, easily accessible by yacht or seaplane. The trees were so green; the sharp, fresh scent invigorating and wild. I miss trees. Me, my sister, and Mais just ran around for miles, hide and seek, Marco Polo, and the games we just made up ourselves. Sometimes Mais would argue with me over who knew the most about dinosaurs, but Sis made sure we got along. She was great at humoring me: I could be kind of a pain. I miss them.

Boy dragged me sharply into the undergrowth.