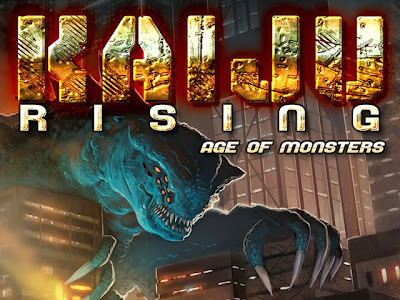 So I've started another blog.

(Once again, many apologies for the dearth of posts recently.)

As a fan of many things, one has to wonder at times where the distinction between tasteful understated nerdrage and entitled whining lies. Being a fan means enjoying things, but unfortunately that amount of enjoyment can sometimes lead to an equal and opposite dislike of things when it eclipses, disreputes, or is otherwise perceived to threaten the thing you like.

Scott Mendelson has chosen the somewhat unusual forum of the Forbes website to discuss what he terms Fan Entitlement Syndrome:

Current fandom doesn’t just get upset when their favorite shows get cancelled, their preferred films flop, or casting choices for their favorite projects go awry. They take to the Internet to absolutely demand that they get their way as a matter of moral principle, damn the business logistics or any other logical obstacles in their way. They swear up and down that not only was John Carter a great movie (debatable) but that it absolutely was a financially successful film that absolutely deserves a sequel. Never mind that it earned $282 million on a $250m budget and lost Disney around $200m, it was merely misunderstood and this time will be totally different. They clamor for sequels to MacGruber, an amusing action-film spoof that couldn’t even match its $10m budget at the worldwide box office. They start online petitions demanding Dredd 2 even though distributor Lionsgate and producer Reliance Big Pictures lost out when the $45m Dredd grossed just $35m at the global box office. I adore Speed Racer, but I and others like me don’t run around pretending that it wasn’t a costly flop that doesn’t justify a sequel. Sometimes one is enough and we should be thankful we got that one.


Despite Mendelson's tone getting my heckles up a bit, I think it's worth examining a few things.