Pigeons from Hell: One of the screenwriters speaks 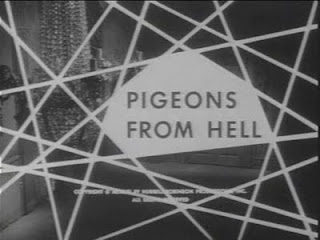 Back in April, Miguel & myself did a preview of the upcoming Howard film projects, none of which inspired much confidence. One of them was Pigeons from Hell, which sounded less like the classic of southern gothic horror and more like those dime-a-dozen made-for-TV schlockers.

Stephen King called Robert E. Howard’s tale “one of the finest horror stories of the 20th century.” Tonally like The Shining and The Others. When a construction crew is hired to renovate a dilapidated mansion in post-Katrina New Orleans, they become trapped when the basement collapses and releases an unspeakable evil. The mansion holds the grisly legend of its previous owners, an influential family who performed grotesque experiments on their servants before a revolt sent them into hiding. One of the construction workers becomes possessed and sabotages all means of escape. The group must then survive the night while being hunted by the wraith of the former owner.

Isn't it funny how they talk about the original story being one of the finest tales of terror the 20th Century have to offer, and yet the film bears only a passing resemblance at most to its apparent source?  Par for the course with Howard "adaptation."

But wait, there's more!  One of the screenwriters posted about the film, but his story sounds very different:

Mark and I wrote a script that definitely does not screw up the story ... Of course, once the studio gets hold of it ... Who knows?

I'd like to believe you, I really would.  Except...

Our script is still set in the time period (with one change that, I think, anyway, because I thought of it, makes the story a little tenser ... a reason for the two men to be traveling together) and relies on atmosphere, not special effects ...

Holy Crom, the arrogance of people never ceases to amaze me.  "Hey guys, let's take a story that Stephen King - who had some rather unkind things to say about Robert E. Howard - thought was one of the finest pieces of 20th Century horror, and make a movie out of it.  Except, it just isn't tense enough, let's alter the motivations and background of the two protagonists, because Lord knows, the story that's collected in Penguin Modern Classics and considered by a modern horror icon to be one of the finest horror stories of the 20th Century just isn't "tense" enough!" Shades of Blackman on the REH Forums...

That said, I might be overreacting.  I've been shooting from the hip a lot lately.  If this really is the only change, and it doesn't take up much of the story, then would it really matter too much considering that, after almost 75 years, this could possibly be the first cinematic adaptation of a Robert E. Howard story?

You know what, I'd be willing to forgive this.  If the central story is still there, and the protagonist's background is the only thing changed - no silly nonsense like a movement to post-Katrina New Orleans (which somehow has basement), no changing the plot of African sorcerous vengeance to a family of post-moronic Prometheuses, no shirking of the racial tension vital to the

Of course IF it goes into production, who knows ... It's not like the writer is overly-respected in Hollywood ... but or dealing with Paradox have been really good to this point, and there's no reason to expect that will change ... (I guess unless money or credit is involved ... than .. maybe ... ) No! I won't be cynical!

Still, this wouldn't be the first time "Pigeons" has been pillaged.  Joe R. Lansdale did a sort of "sequel" for Dark Horse a while back, setting it in modern times, switching the voodoo horror for some "Shadow in the Corn" nonsense, completely failing to capitalize on the racial tensions that could've made the sequel really interesting...  Sorry Mark, I know you're a friend of the Lansder, but God damn that comic.

My final post for The Cimmerian was about the release of Boris Karloff's Thriller, which included - thus far - the only true professionally made Robert E. Howard adaptation. I had intended on writing a review on the episode, which would rapidly devolve into a wild rant about why people seem to think Howard is impossible to adapt without going all Conan the Barbarian on it. I'll likely do it in the future, but seriously, if you can find it anywhere, I highly recommend you watch Pigeons from Hell.  That's how you do it.  It sticks to Howard's characters, it sticks to the plot, it sticks to the setting, it sticks to the mood.  It sticks to the source material.

What is so goddamn hard about that? 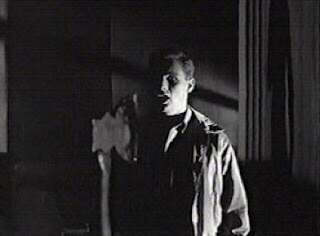