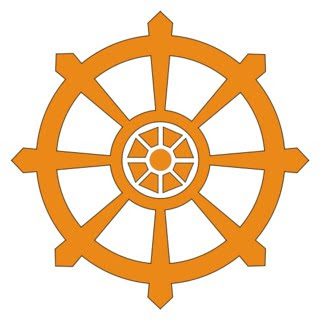 The symbol of the Conan's Witnesses, a Miliusnarian Revisionist Cromian denomination
Hilarious.  The jist of it: imagine if Conan the Barbarian fans decided to make a religion out of Crom worship, and made an unholy mishmash based mostly on the film while treating Howard as, essentially, supplementary material.  All that's missing are the irate Howardists coming around, denouncing the witnesses as blasphemers of the most profane heresy, infuriated at the mixing of the true, original texts of the great prophet Howard with the heretical teachings of the Miliusians.  Then you could get the Decampistas, the Lancer Orthodox, the Star Metal Adventists...

Reminds me of an old joke about religious intolerance my mum told me (she's a walking contradiction, one of the most well-versed Catholics I know who also knows some of the funniest religious jokes), which I'll paraphrase here:

I was walking across a bridge one day, and I saw a man standing on the edge, about to jump off.

I said, "Well, do you prefer to read fiction or non-fiction?"

I said, "Me too! Do you prefer speculative fiction or mainstream fiction?"

I said, "Me too! Do you prefer fantasy or science fiction?"

I said, "Me too! Do you prefer traditional fantasy or comic fantasy?"

I said, "Me too! Do you prefer High Fantasy or Sword-and-Sorcery?

I said, "Me too! Do you prefer Robert E. Howard's Conan the Cimmerian, or John Milius' Conan the Barbarian?"

I said, "Die, heretic scum!" and pushed him off.