It turns out that a post I made two weeks ago over at Conan Movie Blog has been popular.  Crazy popular: as of this posting, over fifteen thousand individual views since it was originally posted! And I think I have the bosoms to thank.  Sites as diverse as Beyond Hollywood, Cinema Blend, Screen Junkies, JoBlo, Furious Fanboys, Worst Previews, Fused Film, even one of my favourite places, Topless Robot, are linking to the two week old post.  I'd complain that they're awfully late to the party, but really, why complain given the hits we're getting?

Predictably, this brings up "confirmation" of the R rating (was it ever really in doubt?), as well as people suddenly loving the film at the sight of breasts:

I'm as much a fan of the Arnold Schwarzenegger Conan movies as anybody, but when I think of Robert Howard's Conan the Barbarian, I think of a supreme badass, in a tavern, drinking more than anybody, and surrounded by half-naked women. Which is why I'm so delighted by these new pics from the new Conan movie, BECAUSE THEY'RE ALL OF CONAN DRINKING IN A TAVERN SURROUNDED BY HALF-NAKED WOMEN. Seriously, the Conan Movie Blog has four pics, and they have topless women in every single one -- I had to bust out the Clint Howard just to make a pic safe enough to run on the front page. After the jump, there's the uncensored/un-Clint Howard-ed pic, as well as two others that are equally NSFW. Point being, I say the new Conan movie is looking very, very good. Or at least nude. 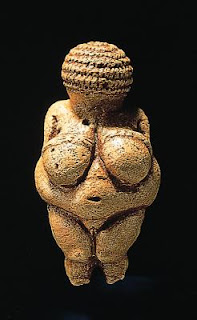 They're just breasts.  They've been a feature of Sword-and-Sorcery films since the '80s.  Why is having breasts - something 50% of the population have - suddenly a cause for Much Rejoicing, elevating the Conan film from vague indifference to Hooray for Everything?  Of course, it all goes back to Grog, Girls and Gore.  A Conan film with naked breasts - delivering what it promises.  All a Conan film needs to the mass public.  By that logic, Deathstalker is all we need for a Conan film. It's such a freaking joke.

Now, I'm sure some will say "but Al, you can't just pander to the fans, otherwise how would a film get made?  This film is made for the public, not just the hardcore Howard fans!"  The thing is, I don't think that "pandering" to the fans - i.e., sticking closer to Robert E. Howard - would have much, if any, detriment to the film-going public at large.  It didn't affect the Marvel comics when they practically translated the stories, word for word.  It didn't effect Dark Horse, who did the same.  Howard fans aren't going to ask to tone down the alcohol consumption, gore and nudity: we want Howardian elements to supplement them, not replace them.  There are going to be parts of the film where there isn't wine being quaffed, or limbs flying in an arc of blood, or a hot babe draping herself over the Cimmerian.  Most filmgoers aren't going to care about the quiet character development or exposition, and Hoobeldoppenheimer sure as hell aren't going to outdo Howard.  So why not use those elements to be more Howardian?  Did well enough in the 1930s, does well enough now.

Let's put it this way: take 100 people.  1 is a Howard fan, 95 are not, but are the demographic which loves grog, girls and gore, while 4 are completely indifferent to the film, but friends of the Howard fan.  You stick in those elements, those 95 will be satisfied, while some friends of the Howard fan might be discouraged.  But if you stick in those elements, and are faithful and respectful to Robert E. Howard, you'll get the 95 already satisfied, plus the Howard fan, who would encourage the other 4 to go.  Being respectful to REH in an adaptation of, say, "The People of the Black Circle" or "Queen of the Black Coast" will not sacrifice the grog, girls and gore.  Assuming that 1 ticket = $1, isn't it better to have $100 than $95?  That's what Marvel do with the comic films: they are faithful to the comics fans, and the comics fans reward them with their money, word of mouth, and good reviews.  Doesn't Lionsgate want our money, and the money of those we might influence, however little it may be in the rand scheme of things?

This isn't like Star Trek, where part of the appeal of Trek is the wordy, high-minded science fiction that just isn't bankable nowadays.  Thus the new film sacrificed nearly everything that made Trek what it is in favour of making a buck.  Yet even Star Trek had all the characters more or less as they were in the show, the world more or less as it was, and it tried to have some emotional resonance.  So a film that made concessions for the sake of the greater audience was still broadly faithful.  Conan would be so much easier to adapt into a big old action-adventure without changing anything.

As a final nail in the coffin, I can't think of a single Conan story by Howard where Conan's "in a tavern, drinking more than anybody, and surrounded by half-naked women."  Not one.  There are plenty of Conan drinking, Conan in a tavern, or Conan with a half-naked/entirely naked woman, but not all those elements at once.  Much like the scene of Conan brooding on his throne with chin propped on fist, it's an "iconic Conan image" which has its origin far later than Howard - likely the comics. Sure, "Rogues in the House" has him waking up in a cell after being busted, where he reminisces about his night of partying, but no scene like that which Rob Bricken describes.  Then there's The Hour of the Dragon in the Temple of Asura, but one frightened noblewoman in unflattering rags =/= many half-naked women.

Now, obviously that's not to say that this is "un-Conan" - quite obviously it's very Conan.  It displays the "gigantic mirth" aspect of Conan, and I'm very glad to see it.  However, this is - once again - the base standard.  The bare minimum (forgive the pun).  It's not something paradigm-shifting that should be cause for celebration and congratulations, it's something that you just do.  "Upcoming Batman movie has Batman, a batmobile, and a comic book villain." "OFFICIAL: Yes, Battle of Kursk movie has lots of tanks."  "EXCLUSIVE: Sex & the City 3 - Clothes, Shoes and Endless Sniping and Simpering From Unbearable Harridans." "UPDATE: Conan movie has boobs."  The director is mediocre, the script's atrocious, the story is horrendous... but at least we have teh bewbies.  Like every Asylum or Troma movie.