There's been quite a bit of talk about "adult" and "realistic" fantasy lately.  I vaguely alluded to it in regards to the upcoming Game of Thrones. Fellow adventurers in the great realms beyond man's reckoning have chimed in: Michal "Taran" Wojcik, fellow Cimmerian Brian Murphy, regular Lost Soul Lagomorph Rex.

Another has stepped into the fray, and by Crom, it's a lion who casts a mighty shadow: Leo Grin is discussing Robert E. Howard and J.R.R. Tolkien again!  Huzzah! While I don't dare hope that this means a greater leap back into Howardom, it's immensely cheering to see him return - especially when he seems to reiterate a lot of points I share.


I used to think I was a fan of the genre known today as fantasy, and specifically the subgenres of High Fantasy and Sword-and-Sorcery. This was due to a number of factors. A childhood imagination dominated by Dungeons & Dragons. An exposure to memorable movies like Excalibur, Clash of the Titans, Conan the Barbarian, and their lesser 1980s cousins.

Towering above all, though, was (and still is) my unabashed obsession with the two titanic literary talents chiefly responsible for birthing the entire shebang: J.R.R. Tolkien (1892-1973) and Robert E. Howard (1906-1936). I consider each the complete equal of the other, two flat-out geniuses destined to be remembered and reread hundreds of years after the Pulitzer-winning authors praised by most mainstream critics are forgotten. 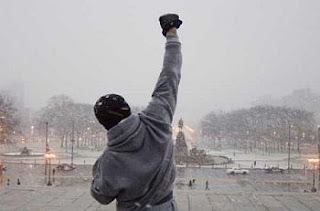 But it was only recently, after decades of ever-increasing reading disappointment, that I grudgingly began to admit the truth: I don’t particularly care for fantasy per se. What I actually cherish is something far more rare: the elevated prose poetry, mythopoeic subcreation, and thematic richness that only the best fantasy achieves, and that echoes in important particulars the myths and fables of old.

This realization eliminates, at a stroke, virtually everything written under the banner of fantasy today.

The mere trappings of the genre do nothing for me when wedded to the now-ubiquitous interminable soap-opera plots (a conservative friend of mine once accurately derided “fat fantasy” cycles such as Robert Jordan’s Wheel of Time as “Lord of the Rings 90210”). Nor do they impress me in the least when placed into the hands of writers clearly bored with the classic mythic undertones of the genre, and who try to shake things up with what can best be described as postmodern blasphemies against our mythic heritage.

Now, I had previously stated somewhere (can't remember if it was The Cimmerian, here or elsewhere) that despite my vast appreciation of Howard, Tolkien, Smith, Merritt, Moore, Vance, Wolfe, Alexander, Wagner, Moorcock, and others, it's a bit of a shock to consider that there's an awful lot of fantasy out there that I simply don't have any time for. I read a little of The Eye of the World, and I felt zero compulsion to continue reading the rest of the book, let alone embark on the rest of the series - which was only eight books at the time, not the twelve it is now.  I can't really pin down why, it just didn't enthrall me. All the other authors had me hooked, or at least greatly intrigued within the first few pages: even if I didn't pick them up again for a few weeks or months, I'd be churning the idea about in my head.  I just didn't have that with The Eye of the World.

I tried out other fantasies, mostly while spending hours at a library or the local Borders. I cracked open Wizard's First Rule, and at the point the Star Wars correlations became unbearable - I think it's when the main character decides to seek out Old Ben Kenobi Zedd to help the beautiful stranger I slammed it shut, never to return to The Sword of Truth. I didn't even bother with the Inheritance "Cycle," the Belgariad, Sword of Shannara, or anything else that thinks the Bildungsroman is the only possible type of character development available.

Curiously, the opposite was the case with Martin's A Song of Ice and Fire. The prologue was intoxicating.  I couldn't wait to see where this story with The Others would lead. I can't wait to see the adaptation of that scene, should they choose to bother with it in the series. But I never got that resolution. Just lots of arguing, politicking and depravity among hateful people, the few I liked ended up dead. That still smarts, and is probably why I still haven't picked up the series despite many fantasy fans I respect talking it up.

I don't think I can say I'm not a fantasy fan, as Leo does: there's still something I love about the milieu and tropes therein. However, I'm not a fan of something because it's fantasy: I'm a fan of something because it's good. Hence, I can enjoy fantasy as well as science-fiction, historical fiction as well as romances, true stories as well as mysteries. I guess the one constant with most of my favourite reads is that spirit of adventure and exploration, be it of the deepest inner mind to the Outer Limits. (ho ho.)


Everyone go read Leo's article, it's well worth a perusal.

Though, “poor misguided Southrons” may be giving Tolkien more credit than he’s really due; that could also have just been some straight-up racism.

Braak, if you're reading, I discussed this on The Cimmerian.  In addition, I'll just leave this quote here to speak for itself.

It was Sam’s first view of a battle of Men against Men, and he did not like it much. He was glad that he could not see the dead face. He wondered what the man’s name was and where he came from; and if he was really evil of heart, or what lies or threats had led him on the long march from his home; and if he would not really rather have stayed there in peace…

–The Lord of the Rings, Book IV, Chapter IV, “Of Herbs & Stewed Rabbit”