When a chap kills his father, and causes a lot of bother... 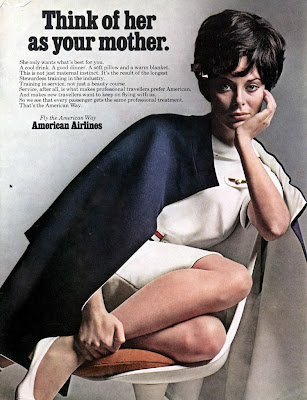 This is a very unsettling development.

If it does turn out that Marique and Zym's relationship is somewhat more involved than most, then that makes me worry an awful lot. Considering Marique's mother has been cast in the film, I wonder if we'll actually see some sort of play on Sophocles' Electra in the film, where Marique murders her mother to avenge her father, or some such variation. Yeah, the whole "villain engages in incest to make him seem even more depraved" has already been done in Gladiator, Chinatown, mythology and who knows how many other films, but let's go with it.

In concept, I could deal with it. Hell, I love the idea of mythological allusions in a Conan film to complement those in "The Frost-Giant's Daughter," "The Scarlet Citadel," The Hour of the Dragon and others, and it would show a level of sophistication the film would sorely need. And as we all know, mythology is rife with bizarre family situations. However, this particular myth, in conjunction with the horrible old ideas on Howard the Oedipal, I see bringing nothing but migraines.

After all, this film is being promoted as being more faithful to Robert E. Howard than the 1982 one. This Electra Complex was nowhere to be seen in Milius' account: how many people might think that this was one of those elements that was taken from Howard? And when you think of the standard of some hack journalists who've come up with some laughable ideas about Howard in the past, surely it can't be too much of a stretch to see people correlating the Marique-Electra and Howard-Oedipus ideas to make a single, horrendous, feculent blunder of a conclusion?

I can just see it now:

Even Barbarians Love Their Mommas
Was Howard trying to exorcise his inner demons through his musclebound creation?
Watching Conan the Barbarian, you'd think that there wasn't much more to it than sex, violence and muscles. However, it's clear that there's more going under the surface. The character Marique, an evil half-human, half-witch, has an unnatural attachment to her father, Khalar Zym: together, they are responsible for the murder of Conan's father and the destruction of his tribe, forcing Conan to flee his home and embark upon the quest which would turn him into a hero. Conan's creator, Robert E. Howard, had a similarly morbid intimacy with his mother, as revealed by his close personal friend L. Sprague de Camp in his biography, Dark Valley Destiny. No doubt many Howard experts have noted this, suggesting Howard felt guilt over his feelings, given that he makes the incestuous pair villains - yet there's also a possibility Howard is attempting to justify them. Is it possible that, by making an incestuous relationship responsible for Conan's journey to manhood, Howard was subconsciously attempting to deal with his own inner demons? (cont. pg 94)

Don't believe me? Way too far fetched? Some journalists are stupid, but none are that stupid? There are plenty of examples of idiot journalists taking the films, and deciding "eh, the films can't be THAT different from the stories" and running with it. It isn't as if we're wanting for examples of silly reviewers presuming to speak on matters which they clearly have no grasp upon. Most of them can be found under my "Review review" tag. I have literally dozens more typed up, but I don't want to smother the blog with negativity when I can help it.

I've often spoken of my utter disdain for Roger Ebert's review of Conan the Barbarian, because it's yet another case of a reviewer basing an opinion on Howard, as a man and as a writer, on what he sees in a film. Hopefully Ebert's review for the 2011 Conan will be a little better informed. Ebert, much as I disagree with him on many occasions, is one of the more erudite, insightful, intelligent ones.  If he's making stupid mistakes, what hope is there for the Fiore Mastraccis of the world?  (Speaking of which, I'm very eager to see Armond Whites' review when it comes out).

This is one of my favourites, a review of Solomon Kane from Nigel Powlson:

BEFORE he created Conan the Barbarian Robert E Howard tested out the plot on Solomon Kane. Instead of the steppes, we have Somerset; instead of animal skins we have black hats, instead of paganism we have Christianity.

Otherwise it's the same tale of a cast out child who grows up to seek revenge for an act of violence by a brutal nemesis.

This was noted to be from the Derby Telegraph, an actual newspaper. This was printed in a real newspaper, and put on a real website. Outside the names, there is not a single part of that paragraph which is correct - not least the fact that the final line doesn't actually describe the plot of Solomon Kane at all. And that's just the introduction of the review! But I digress, and I've already discussed this stupid little waste of text.

More dangerous, and more insidious, are those which aren't reviews of the film per se, but seek to make some sort of correlation between the film and Howard's "life" all the same. Say someone has the wherewithal to realise that Howard had nothing to do with the creations of Zym and Marique: that could still end up damaging and very, very annoying in the hands of a hack.

Conan the Oedipal
Is the latest Conan film an attempt to reconcile a creator's dark side with his most famous creation?
H.P. Lovecraft fans have long accepted the rampant anglophobia of their favourite author. Clark Ashton Smith fans are comfortable with his paranoid conspiracy theories. J.R.R. Tolkien fans have come to terms with their hero's fervent industrial militarism. The fans of controversial authors have generally spent decades dealing with their more unsavoury aspects.
Robert E. Howard fans, however, will not do the same with their icon. They insist that the clinical research of experts such as L. Sprague de Camp is tainted, inaccurate, and biased. They cannot accept the fact that their hero was a lonely, deluded, psychological case study, and demand that he be treated as an unapproachable, saintly figure beyond criticism or appraisal.
With Conan the Barbarian, it seems that Howard fans may be forced to confront Howard's dark side head on. Writers Thomas Dean Donnelly and Joshua Oppenheimer (with Sean Hood and Andrew Lobel contributions), the new film seems to create an origin story not only more faithful to Howard's creation, but Howard's very psyche. In fact, they symbolize one of the most controversial facets of Howard - his perverse fixation with his mother - as an integral part of the storyline which is instrumental in the growth of Conan as a character. Howard fans may be forced to reassert their stance when faced with this bold direction, as not only Howard's work, but his very soul, is laid out on screen. (cont. pg 94)

Maybe a little extreme, but given what I've seen from some hacks who don't deserve the publicity gained by naming and shaming them, I wouldn't put it past some people. Remember that guy who thought Robert Bloch based Norman Bates on Robert E. Howard, despite the fact that even if ones acknowledges the "correlations" as misconceptions, Bloch simply cannot have had access to the letters of Robert E. Howard, which the author cited as being a possible inspiration for Bloch. Yet the guy persisted, even when Mark Finn dropped by to diagnose just what his argument happened to be full of.

This is another one of those cases where I would love to be proven wrong. I'd dearly love to have worried over nothing, and that those who seek to make correlations between the upcoming film and Howard's life are a little more well-researched, and others are just too dense to see the connection. But I just don't think I can trust the world of journalism not to produce something along these lines.
Uttered by Taranaich at 00:01