(In the recent hubbub, I realised that I had written, but not published, something fairly relevant to the discussion. The reasons why will become fairly evident.) 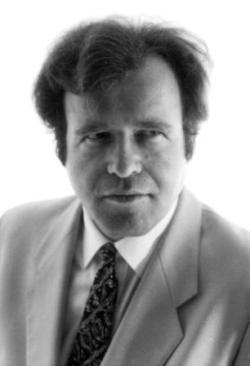 Jonathan Bowden is an outspoken right-wing speaker, and was for a few years a member of the BNP. The BNP being a political party whose aim is to, through legal and peaceful methods, offer "firm but voluntary incentives for immigrants and their descendants to return home". Essentially, to kick all the non-whites out of Britain. So for him to speak about Howard is worrisome, to say the least. I have no problem with anyone from any political background talking about Howard, but the potential for him to be hijacked to make political points is there.

Part 1 is riddled with errors: Howard wasn't born in Cross Plains, for example, he was born in Peaster.  He just lived in Cross Plains.  Bowden also asserts Howard wrote 160 stories, whereas I've heard estimates from 300 to nearer 600 (my count was 400 and something when I went through HowardWorks). I also dislike leading off almost immediately with the suicide - I bet Mark Finn won't like it either - though at least he doesn't tie it in with Hester's coma. Then there's the emphasis on "pre-civilized" settings, which only really affects his fantasy stories, and they only account for a fraction of his work. I seriously have misgivings with the "Aquilonia = Partly Britain, Picts = Scots" point of view, but it's better than the Aquilonia = Rome analogy.

Bowden brings up the apparently common criticism of Howard being "Barbara Cartland for Men," in that men are handsome, women are beautiful, magic works instead of science, and problems can be solved by brute force.

How would you like to go to a world where men are mighty, women are beautiful, problems are simple, and life is adventurous... and where nobody so much as mentions the income tax or the school-dropout problem or atmospheric pollution?

- Introduction to Conan the Swordsman and countless others

Of course.  Why do we need Howard critics when de Camp gives them all the ammunition they need in the collections themselves?

Part Three (The second video appears to be mixed with the audio from another lecture) paints Solomon Kane as a "protestant extremist." Dresses all in white, except for "a little white bib around his neck." Yeah... no. Plus he completely misrepresents Welles' War of the Worlds' radio broadcast as only revealed as a stunt afterwards (in fact there were constant disclaimers throughout the broadcast)

Part Four quickly descends into a screed about the renaming of the D.W. Griffith Award due to Spike Lee's protestations (I hadn't heard about his involvement, but given the PC nature of Hollywood these days I wouldn't be surprised if the Director's Guild didn't just retire it on their own initiative), before he gets back to Howard at about 3:40. And whaddya know, he gets political. Since I can't make hide nor hair of politics in general, I can't comment on how accurate Bowden's statements about REH actually are, but I'm immediately suspect given his inaccuracies so far. I will say that he seems to have gotten Kirby O'Donnell and El Borak mixed up: it's the former who goes native in Afghanistan, while FXG retains his American Gunslinger identity, for the most part.  And then he goes into a rant about the demilitarization of Britain, how you hardly ever see policemen and soldiers and whatnot.  I can tell he's never been round Glasgow, or Belfast Lite.

Part Five continues the rant, but goes on into something that (horror of horrors) actually makes sense: the de-masculinity of modern life. I was originally going to post a big huge thing about a man's sense of entitlement, white male privelage, double standards and whatnot, but it got way too rambling and confusing for me to make any sense of, so I omitted it: suffice to say, I think everyone's right to a degree, and that there is a double standard at work both ways.

Anyway, Bowden chooses one Howard story to discuss in detail. His choice is "Rogues in the House": not a bad one, and the political elements would seem to make it a natural for him. He hits the first pitfall, by saying Howard had "slightly Nordic-Germanic traits" mixed with "Slightly Celtic traits", which is, as we all know, complete balderdash. He also falls into the "civilization is weak" pitfall: the Gundermen, Poitanians, Bossonians, Aquilonians, Argosseans etc would like a word. Just because they aren't as badass as the barbarians doesn't mean they're "weak at the knees."  And then he goes off in another tangent - why is this man praised as an orator when he constantly rambles off topic - about hospitals and healthcare and such that has nothing to do with "Rogues in the House."

He gets back on track at 4:40, and again makes the mistake of assuming Howard was "a bit of a Nordicist."  Read any of the Cormac Mac Art or Turlogh Dubh stories, and get back to me on that.  He also alleges that Howard thought of the Mediterraneans as "a bit foppish" in comparison to the Northern Europeans.  In addition to pointing out countless instances of this being a joke, I'm just going to point out that the Picts - out of all Howard's barbarians, the single iconic epitome of barbarism - are stated more than once to be of Mediterranean descent.

Jon.  Buddy.  According to Howard, the Picts were Mediterraneans.

Anyway, more errors: Corinthia is called "Corinth," Nabonidus is "Nabonius," he alleges that Atlantis was "possibly a fantasy itself" in the Conan stories(!)  On the other hand, he correctly notes the Machiavellian nature of nobility in the Hyborian Age.  Conan is stated to be "twice the size of a normal man"(!!), and apparently "all Howard heroes are physically enormous(!!!)"  Presumably apart from guys like Bran Mak Morn, El Borak, Solomon Kane, Turlogh Dubh, Cormac Mac Art... At 8:30 - Crom almighty - we get the dreaded "Howard imagined Conan next to him" phrase, though thankfully it isn't as misleading as certain other examples that can be found on certain DVDs.

Again, Bowden brings up some fascinating insights: the correlation of Nabonidus' severed ear with warnings made to Renaissance nobles, the great hound possibly being inspired by Conan Doyle's huge mastiffs in the Holmes stories. It's such a shame a lot of it's marred by shoddy research and political offroading. This continues in the next video.

Part Six has Bowden explain more of the plot, including the very Renaissance feel of the House of the Red Priest. Thak is called "Tak" here, unless I'm mishearing it. Bowden then somewhat mangles his recollection of Conan's famous "when I cannot stand alone, it will be time to die," giving the impression that Conan was talking about everyone, rather than exclusively himself. He also says all the stories with the exception of Kane are "pre-Christian" - well, apart from a good three-quarters of the rest of his stories. Still, Bowden equates Conan with the likes of Tarzan, Doctor Who and James Bond, albeit at "a slightly lower level,"

Part Seven, the final part, simply wraps things up. There are no glaring inaccuracies, but it does finish on two notes: that Howard presented the idea of respecting the enemy, and that modern times could learn a lot from that. I think in the story he chose, that is true, as well as in many others: however, I also think Leo Grin had a great point when he noted the enemy is not just to be fought, but to be hated. Can one respect that which one also hates? I think so, even if it's difficult.

Well. What to make of all this?

Frankly, I'm annoyed at more than a few of Bowden's suggestions, as well as one or two omissions that would seem pertinent to discussion. The inaccuracies don't help either. However, I don't feel offended that Bowden has "tainted" Howardom with his presence. Far from it: I think it's further proof that Howard's work is diverse and profound enough to appeal to many diverse groups, regardless of race, gender, creed or political position. As I love pointing out, any author which could receive equal enthusiasm and praise from a liberal like Steve Tompkins and a republican like Leo Grin speaks volumes.

Now we see that a very high-profile leader of an extremely controversial, but also public, political party is giving praise to REH. Should I be horrified? Should I fear that people will use Bowden's talk as ammunition against Howard?  Howard's work is there, and there are always going to be far right nationalists who take elements of his stories to heart. Howard (and Tolkien) turns up on Stormfront regularly, and I'm sure many a Neo-Nazi would read into many of the stories.

And yet, Howard's work could equally draw in folk from the opposite political spectrum, who latch onto the left, liberal aspects of his work. Political views are just the beginning: many men and women, of multiple ethnicities, of many religions or none at all, are drawn to him. Take a cross-section of the Official Robert E. Howard Forums: you'll find men, women, white people, black people, Mexicans, Brazilians, Scots, English, Germans, Scandinavians, liberals, conservatives, anarchists, religious, agnostic, atheist. All for the Man from Cross Plains.

For Jonathan Bowden to praise Robert E. Howard should not be a cause for despair, but for celebration. Just another example of Howard's relevance to modern times.

Hmm. Maybe I should stick to commenting on adventure yarns and stay out of politics.

(Reviewing this article has made me reconsider my position on Leo's argument.  In short, while I still maintain that the crux of the article is sound, the political elements have damaged it, and Leo's hyperbolic proclamations designed to provoke don't help. The fact that my Lost Soul count appears to have dropped by one concerns me: either someone's deleted their account, or they're so offended by my association with a staunch conservative that they've purposely taken their name from the roster.


I'm not going to defend Leo's political comments (save that it's a free internet and all that), but neither am I going to relinquish my association with him due to them. If one of my readers thinks less of me or my work because I have a great deal of respect for a man who happens to have highly controversial and outspoken political opinions, then I'm just saddened.)
Uttered by Taranaich at 00:16