He Is Legend: Richard Matheson 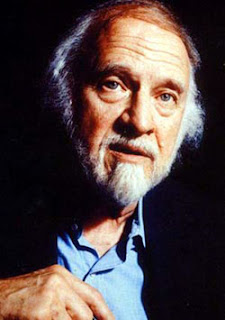 I'd been acknowledging dead authors recently, so it cheers me to celebrate one who's still with us.

Richard Matheson is 85 today, and his contributions to the realms of horror, science fiction and fantasy are considerable - not only in literature, but cinema and television. I think everyone knows the "Nightmare at 20,000 Feet" episode of The Twilight Zone, which managed to be quite tense despite the disarmingly cuddly gremlin menacing William Shatner: that's a Matheson episode.  So too were "Little Girl Lost," "Steel," "The Invaders," "The Last Flight," and "Mute," all classic episodes. He also contributed to Steven Spielberg's Amazing Stories and Star Trek, where he wrote the fantastic "The Enemy Within."


Matheson has had some luck in his cinematic adaptations, though few even approach the eloquence and subtlety of his fiction. What Dreams May Come was a good deal more saccharine and lost much of the theosophical elements, but there was something compelling about the heightened differences between Heaven and Hell as depicted.  Somewhere in Time was a lovely film, if again more sentimental, and introducing an ontological paradox that didn't exist in the original.  Hell House and Stir of Echoes were surprisingly thoughtful supernatural horrors. Duel is an outstanding feature debut for Steven Spielberg, and exemplified his knack for complementing the source material even if it isn't entirely faithful. My favourite, however, was The Incredible Shrinking Man, which managed to make a battle against a common house spider into a duel worthy to stand beside those in "The Tower of the Elephant" and "Shelob's Lair."

Given the good Matheson adaptations we've had, it's absolutely infuriating that there still hasn't been an adaptation of I Am Legend that seems to understand the point of the original story. Despite arguably creating the "undead apocalypse" genre which has culminated in a veritable necrotic avalanche of zombie media, Matheson's astonishing tale is arguably its greatest subversion.  Much as Conan is far from the Big Dumb Barbarian of successive Sword-and-Sorcery, and Tolkien's elves are far from the prissy nature-loving vegans of High-Epic-Heroic Fantasy, I Am Legend is about more than the (still potent, don't get me wrong) concept of the last vestiges of doomed humanity resisting the hordes of an implacable inhuman usurper-race. Indeed, it's one of the earliest examples of trying to derive scientific justification for the myth of vampires, but most importantly it's about the nature of monsters, the paradigm shift which occurs when Neville makes his final revelation.

None of the four films - The Last Man on Earth, The Omega Man, I Am Legend and The Asylum's atrocious I Am Omega - got it. All of them retain the idea of the Implacable Hordes being the villains, right to the end, and the Hero is always right, essentially.  Whether the Hero survives or not, he is always the Hero.  Even if you considered the infamous (and, IMO, astronomically superior) alternate ending of the Will Smith film, it's still undermined by the presence of a functioning human community, and that the "infected" are clearly less socially developed than the novel's vampires.  It's less a story about Man as Monster, than it is about Man's Inhumanity to Man.  A strong and worthy theme, but not packing the punch of the original novella.  How is it possible that we've had four film adaptations that miss the point of a novel that happens to have its entire theme encapsulated in the freakin' title?

Even though it's nought for three for I Am Legend, I'm very much looking forward to Real Steel.  It's the sort of science fiction I love.  Well, apart from the fact it features big fighting robots, of course.  It's a story about humanity, and what humanity really "is" when one goes beyond Homo sapiens. Already it's been unfairly tarnished as Rock'em Sock'em Robots: The Movie (an idea which does not fill me with dread, to be frank), though given the perplexing realization that we're actually going to see film adaptations of the likes of Monopoly and Battleship, I can see how one might come to that conclusion.  I just can't understand why nobody's gone for the most obvious board-game-to-film adaptation: Hungry Hungry Hippos. Or is that just me? 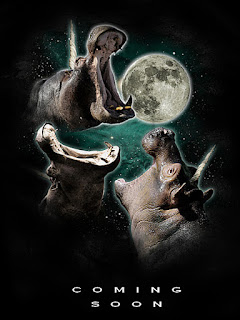 Starring Bruce Boxleitner, Lysette Anthony and John Hurt.
In any case, even if Real Steel turns out to be terrible, and even if we never get a faithful I Am Legend, we still have Matheson's literature to enjoy. Read I Am Legend.  And The Incredible Shrinking Man, Hell House, Stir of Echoes, Bid Time Return.  Watch the Twilight Zone episodes, the films based on his books, and keep an eye out for Real Steel. Matheson is someone who can stand alongside the likes of Ray Bradbury and Theodore Sturgeon: those science fiction authors who concentrate on the intimate aspects of the genre, like how individuals may react to society-altering developments, as opposed to society at large. The stories may seems smaller in scope to the grand epics of Dune, Foundation or Rama, but as was said in The Incredible Shrinking Man, the infinite and the infinitesimal are close.  So close.

And in that moment, I knew the answer to the riddle of the infinite. I had thought in terms of man's own limited dimension. I had presumed upon nature. That existence begins and ends in man's conception, not nature's. And I felt my body dwindling, melting, becoming nothing. My fears melted away. And in their place came acceptance. All this vast majesty of creation, it had to mean something. And then I meant something, too. Yes, smaller than the smallest, I meant something, too. To God, there is no zero. I still exist!
- Closing narration, The Incredible Shrinking Man