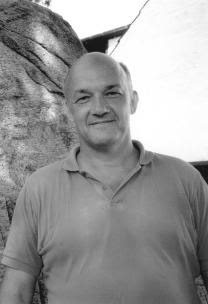 The father of "sword- and- sorcery" fiction was Robert E. Howard (1906–36), an unlikely creator for such a wide-ranging and adventurous form. He lived all his short life in small-town Texas...

...and shot himself at age 30, seemingly out of depression over his mother's incurable illness.

Again this desire to start off with the suicide. How many reviews of London's work start off with his death?  Or Ambrose Bierce's mysterious disappearance?  Not many.  Yet people still seem to start off with that.  And of course, the reasons for the suicide are nowhere near as clear as "depression over his mother's incurable illness."  Howard scholars still can't really agree on why Howard shot himself.  Some believe it was a fit of madness over the loss of his mother, others believe Howard had contemplated it before - as young as when he was a teenager.  It simply isn't as simple as "seemingly out of depression over his mother's incurable illness," and it's disingenuous to present it as if it was the prevailing view, even "seemingly."

Between 1924 and 1936, however, he published a prodigious amount of fiction (around three million words) in the era's pulp magazines. He wrote boxing stories, horror stories, Westerns and historical romances of the sort collected in "Sword Woman and Other Historical Adventures." He was paid a penny a line, if he was lucky.

His great creation was Conan the Barbarian, who debuted in Weird Tales magazine in 1932 and was the hero of 20 Howard stories. Conan is obvious masculine wish-fulfillment. Strong and fierce, he overcomes any physical challenge. Dump him unconscious on the deck of a slave-galley, and he soon wakes up, kicks the captain into the scuppers, seizes an ax, chops free the slaves and is the captain of his own pirate ship. Shackle him to a wall in a lightless, monster-haunted dungeon, and a harem maiden who has fallen in love with him will come by carrying keys and a weapon. Only magic can threaten him, and Conan has a sharp answer to sorcerers.

Again with the "masculine wish-fulfilment."  If Conan can overcome any physical challenge, how come he gets... well, beaten in physical challenges?  If only magic can threaten him, how is it he can be nearly killed by mere mortals?  Yes, it's clear that Conan is an indomitable fellow, but that doesn't translate to some kind of ridiculous Mary Sue who overcomes any situation on his own, which is pretty much the impression Shippey gives here.  Even a situation where Conan is, quite patently, not able to do things on his own - Zenobia's aid - is somehow spun as an example of Conan overcoming all challenges!  How does that even work?

(Also, he was the hero of 21 stories, unless Shippey's excluding The Hour of the Dragon as a novel)


Other authors just kept on writing Conan stories. In the 1960s and '70s, various publishing houses brought out more than 20 volumes of them, mixing Howard stories with new works by others (as well as Howard fragments completed by others). Which were which was not always clear, but the books sold so well that in the '80s and '90s Tor brought out 40 new Conan titles. Some were by young authors jump-starting a career, notably Robert Jordan, others by established authors like Harry Turtledove, doing homage to an idol of their youth. Some were good, some not, but they weren't the real thing.

Accordingly, Ballantine provided an essential corrective, bringing out a three- volume illustrated edition of Howard's Conan stories only. "The Coming of Conan the Cimmerian," "The Conquering Sword of Conan" and "The Bloody Crown of Conan" (2003–05) present the works in the order they were written. Each has scholarly commentary, edited drafts and Howard's own map and essay on his fictional, pre-Ice Age "Hyborian Age."

Yet Conan formed barely 10% of Howard's output. For the rest, the guide is the Ballantine two-volume sampler, "The Best of Robert E. Howard" (2007). These volumes contain another 50-plus items, including stories featuring Kull of Atlantis, Sailor Steve Costigan, Solomon Kane the Puritan Avenger and stories linked to the "Cthulhu mythos" of H.P. Lovecraft, Howard's friend and fellow Weird Tales contributor.

Well, good to see he knows what's what regarding the pastiches and Conan's place in Howard's literary canon  A shame he didn't mention the fact that Kull, Kane and the horror stories all have their own Del Rey volumes, but presumably he uses the samplers for expediency.

Asking where authors get their ideas from is a futile occupation (they come out of their heads). But it might be possible to figure out where Howard, out there in rural 1920s Texas, got his scenarios from. Lovecraft made a suggestive remark when he criticized Howard for using names that were too close to real-world myth: Asgard, Vanaheim, Cimmeria, Zingara, Acheron, Stygia, Kush. Howard had been reading Bulfinch's "Mythology" but must have taken in some medieval and classical history too.

Not exactly groundbreaking insight here - "hmm, so if the people of Asgard and Vanaheim are the antediluvian ancestors of the Norse peoples - say, do you think Howard intended the names to be close to real-world myth, as a way to further tie his lost Hyborian Age to modern history?" But hey, at least it's acknowledging that Howard didn't just pull things out of a hat.


This historical interest shows up in "Sword Woman and Other Historical Adventures"—an additional 20-plus Howard items, illustrated by John Watkiss, in settings from 11th-century Ireland (Gaels and Vikings) to 16th-century France ("The Three Musketeers" on speed and steroids). In between are Crusaders and Saracens, Cossacks and Corsairs, Tatars and Franks. All are drawn—as Scott Oden's introduction establishes beyond doubt—from the surprising amount of pop history available to a Depression-era autodidact in a small town. Howard consistently boosted barbarism over civilization, but his own life shows clearly the effects of trickle-down culture.

The Hyborian Age barbarians were distilled, potent avatars of barbarism: real barbarians are too disorganized, proud and fickle to be able to resist the onset of a powerful civilization, though they would fight bravely. If one looks at real history, then one is faced with dozens of occasions where the barbarians could have trounced the opposition, if they stopped fighting among themselves and united against a common foe. Howard knew this well. While barbarism may be the natural state of mankind, of course, that doesn't mean that it is a good natural state.

The title story's heroine, red-haired Agnes of France, surprisingly proves that while Howard never stopped being macho, he wasn't restrictively masculine. Weird Tales featured other warlike heroines in the 1930s, notably Catherine L. Moore's Jirel of Joiry. But what Howard had—maybe even more than Edgar Rice Burroughs, who created "Tarzan of the Apes" around the same time—was copiousness of invention. There's a twist on every page, a new idea every other story. Temples of forgotten cults deep in the jungle, reanimated sorcerers, naked beauties offering immortality—his imitators have made some of these clichés, but Howard pioneered the lost-world map and the clash of cultures. The clichés wouldn't have had the imitators if they weren't potent.

Howard died young but cast a long shadow. He did much to create a decisively American romantic tradition. Those vanished pulp magazines—Weird Tales, Unknown, even Magic Carpet Magazine—how they fed the imagination! Is it videogames, now, that do that job?

Well, by Jove, that's a damn good ending to a problematic, but overall worthy article. Yes, one could argue whether Howard truly pioneered those elements, and one could ask who were those other warlike heroines that apparently stalked the halls of Weird Tales in the 1930s (since I can recall Moore and Howard's creations and...  I'm sure there's some pulp expert out there who can happily point to those warrior women by other authors, so please do), but really, these are nitpicks. Here is Tom Shippey, one of the most respected and venerated Tolkien scholars, talking up Robert E. Howard.
That, good friends, is excellent.
Uttered by Taranaich at 00:01