Michael Bay turns his monstrous gaze to another childhood property 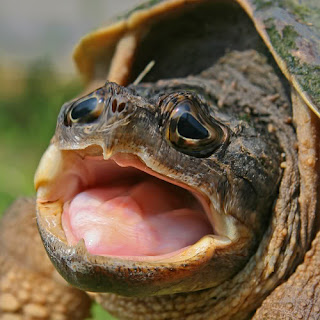 I have a complicated relationship with Michael Bay.  I never saw Bad Boys, and am not particularly interested in changing that, since Martin Lawrence irritates me, and Will Smith in anything other than Men in Black or The Fresh Prince of Bel-Air has been worthless to me. I vaguely liked The Rock, but that was basically because Sean Connery and Ed Harris never fail to deliver.  Armageddon was entertaining because... actually I don't know why, but I do recall that there was a lot of meteoric action therein.  I loved the scenes on the meteor, simply because I love that sort of science-fictiony sort of thing.  Pearl Harbor was ungodly, and I'm glad I didn't see it in theatres.  I never saw The Island, but I haven't heard good things.

And then there's Transformers. Truth be told, Bay is disturbingly good at making his films (apart from Pearl Harbor) an enjoyable experience for me.  I had a good time at the films I went to see at the cinema - and Primus forgive me, that includes Transformers: Revenge of the Fallen. I think in the case of Transformers, the power of nostalgia completely overwhelmed me: I was just so happy to hear Pete Cullen's voice, to see giant robots on screen, and generally excited about everything that I was in an incredibly cheerful state.  So it's very bizarre that while I immensely enjoyed the two Transformers films when I watched them, I don't think it was the films themselves that I enjoyed.

Case in point, I tried watching the first live-action Transformers when it was on the telly a while back.  I couldn't do it.  When the Transformers were on screen, I didn't feel anything like the original wave of enthusiasm: when they weren't, I was suffused with a complete lack of interest in the human characters.  All the things that bugged me about Bay - sexual/scatological/racial "humor" that my 6-year-old niece would find childish, almost wilful lack of concern in a coherent or logical plot, a near fetishistic worship of the military in every damn film - were in evidence even in the films I enjoyed the first time I watched them.

Why did I enjoy the Bay films the first time I watched them - and why couldn't I enjoy them on a second viewing?  Bay has some sort of sorcery going on, where he just carries people along for the ride at breathtaking speed: those who don't buy into the cinematic contract don't fall under his spell, but if you're like me, and you almost will yourself to enjoy every movie you spend good money on, he catches you. The second you start to think about the story, characters, plots or implications, everything starts to unravel.  Doubts nip at the loose threads of the unraveling tapestry like angry kittens. Eventually, those flaws become insurmountable, and everything that you enjoyed before is gone.  Like admiring what you think is a beautiful beach at sunset: you reach out your hand, and it tips over, revealing the scene to be nothing but a billboard on a drab motorway.  And though you can put the billboard back up, you can never look at it the same way again.

I enjoyed Transformers: Revenge of the Fallen, but absolutely every single criticism levelled at it is totally correct.  It is racist, sexist, objectifying, and utterly, utterly stupid. For some reason, none of that even registered the first time I saw it (apart from some of the more ludicrous sex gags - how is it the Transformers property with the most mature rating is the most immature of them all?), all I could see were my childhood memories.  But that wasn't the film doing it: that was me.  It's no different than the time I spent watching Pride & Prejudice imagining Conan offscreen with the rest of the Bennet family, or how I giggled through 300 as I imagined the real Xerxes marching across Anatolia to meet the ten-foot hairless Brazilian gold hotpants-clad impostor with murderous intent.  And once I realised that, I could never go back to enjoying Bayformers.

So hearing the words "Michael Bay" in close proximity to Teenage Mutant Ninja Turtles, another aspect of my childhood - one that was larger than even Transformers for a while - has kind of blown a fuse in my brain.  All the anger, frustration, outrage and general disappointment overloaded a synapse, so I simply respond with a placid, passionless, lethargic "Oh.  Of course he has."

Not a single good film there.  And by Jupiter's beard, there's a Conan (or rather a "Conan") connection: Marcus Nispel directed two of the films on the list. That bodes poorly. This will be the first film Platinum Dunes has made which isn't an atrocious horror film, so let's see if it'll buck the trend, and be an atrocious comic film instead.

To ease the pain, I present a dancing tortoise: 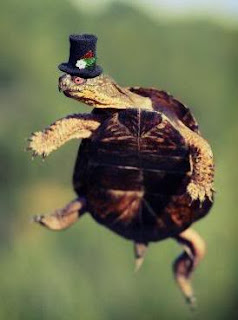