OK, this nonsense is getting out of hand.

First, we had the idiocy of complaining about a Jake Gyllenhaal, a white man, playing a Persian, when the Persian ethnos are considered white by any racial delineation which includes the term "white."
Now we have idiots throwing a hissy fit because Angelina Jolie is playing Cleopatra.  Because, apparently, Cleopatra was black. 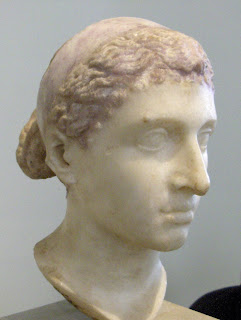 This is stunning.  I can't even see how such a silly idea comes about: is it because Egypt is technically in the continent of Africa, ergo anyone from Africa is a black person - despite that being far from the case in history, and especially the classical era?  Cleopatra VII - the most famous of the Cleos, and undoubtedly the one Jolie is cast as - was Greek.  She was a member of the Ptolomaic Dynasty, and had been for 300 years.  Like the earlier Egyptians, the Ptolomys married closely, sometimes to the extent of cousins and siblings.  The only way she could be black is if the Ptolemies had been marrying Nubians in the 300 years since - something absent from the historical record, and which surely goes against their history of keeping as close to the family as possible. 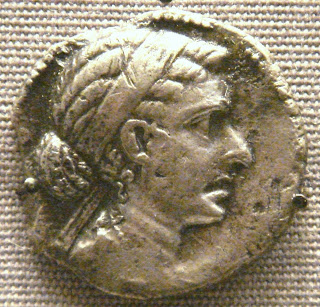 Then there's the contemporary evidence: coins, statues, chronicles from contemporaries like Plutarch and Cato - none give even the slightest hint that Cleo was anything other than the Ptolemaic Greek that she was.

See, I can understand frustration regarding casting.  It really bugs me, for example, in the case of The Last Airbender.  The show upon which it's based is something I generally call Fauxnime - western-based animation which takes visual elements from anime, giving the impression that it was created in an Asian environment.  As such, it's natural that most of the main characters are Asian - indeed, a lot of the antagonists are drawn in the style that anime renders Europeans in.  Whether it's racist or not is beyond the point, since this is a pre-industrial (well, mostly pre-industrial) fantasy universe, and the bad guys are generally anyone who isn't of the good guy's side.

So naturally, there was a furore when the four main characters are cast with Caucasian actors, while the antagonists are filled by darker-skinned folk. 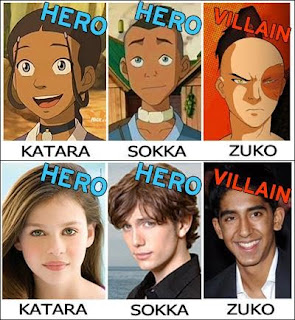 Outcry over this is justifiable: not only are they casting people in a fantasy setting without any care for ethnic appropriateness (imaging them casting Michael Copon as a teenage Conan, or Sean Ashmore as Earthsea's Ged... waitaminute...), but the changes intensify bad feeling over Hollywood prioritising Caucasians over other ethnicities, especially when they consciously cast Caucasians in parts that should go to minorities.

However, as we've seen, sometimes this can go to silly extremes that undermine the entire argument.  The outcry over Jolie as Cleopatra is one of these, and symptomatic of one of those most odious of pseudo-sciences: Afrocentrism.  Afrocentrism irritates me because it's exactly the sort of racist nonsense that we should've grown out of by now.  Everything from the Egyptians to the Mesopotamians and even Greeks has been hijacked by a minority of maniacs who, instead of lionizing the legimitimate glories of Sub-Saharan Africans, choose to simply appropriate the work of other ethnicities as their own.  Instead of looking into their real past, rich and fascinating, they'd rather say the Ancient Egyptians were black, or that the Greeks stole from the Nubians.

It's disgusting, and an affront to the memories of Kush, Nubia, Aksum, Makuria, Songhai, Mali, Great Zimbabwe, Somalia, the Bantu, the Zulu, Dahomey, and the countless other great peoples and kingdoms of Africa. Are they not "glorious" enough as it is, that the only way for people to respect black history is to say that other civilizations were really black? Why say the likes of Cleopatra, Hannibal, and Imhotep were black when we already have Shaka, Shabaka, Sunni Ali, Askia the Great, Kandake, Amanirenas, and many more?

This is why it bothers me when people talk of a black Bond, or even a black Conan: why should we have to hijack an existing black character, when it would be better creating a new icon?  The implication of a black Bond is that the world wouldn't accept or be interested in a black secret agent unless he was riding the coattails of an established white character.  Same with Conan: why bother with a black Conan when we have Imaro?  Therefore, instead of getting up in arms about Jolie being a "black Cleopatra", why don't we get people asking for a film about a real African Queen - Amanirenas who defied the Romans, Nzingha who warred against the technologically superior Portuguese empire, Nandi the tough-as-nails mother of Shaka?  Hell, why not an Egyptian Queen who was actually black - Tiye, the Nubian consort of Amenhotep III? 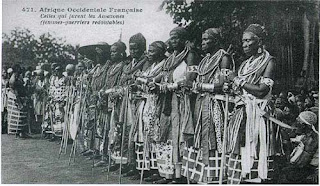 Better yet, the Dahomey Amazons.  Where's their big movie?
I say this because I have a great love of African culture, mythology & history.  My Kenyan aunt told me many stories of her homeland, and the stories of the tribal nations fascinated me as much as those of Mongolia, Mesopotamia, or Europe.  So instead of distorting history in a backlash against scientific racism, we should rise above such infantile methods.  Bring African history - real African history - to the fore, and show the world how wonderful it is.
Uttered by Taranaich at 04:04