Not that much today, damn distracting internet.

Anyway... Tuesday confirms my disappointment that Stephen Lang is playing Khalar Singh. It's just not fair damn it. This film can't win for me, though: if they cast a bad actor, it just makes the film worse, but if they cast a good actor, then they're wasting their talent. I'm sure some would consider that really fannish of me, but frankly I couldn't care less at this point.

Friday I put in my two pennies about Charles R. Saunders' review of Conan the Hero. I love allegories, but only when they're self-contained and don't muck up a universe. Animal Farm is perfect, for example. It's when they try to force it into an existing property that gets my hackles up. Hence how I dislike Conan the Hero: trying to do more than typical save-the-girl-steal-the-treasure-kill-the-monster-defeat-the-sorcerer subplot does get a little appreciation from me, but not when it's instead used for a painful, heavy-handed and unsubtle allegory. Sorry, Lenny: if you wanted to do a Vietnam war allegory, do your own story. Leave it out of Conan. If you can't, then at least try and find a way to make it more universal and "applicable," as I note Howard and Tolkien were infinitely superior craftsmen in every way.

Saturday and my heart is broken again, as Ron Perlman is Corin. I blame myself, frankly. I noted back when Rourke was rumoured, I hoped that he wouldn't be tainted with this project; if he had to choose between this and War of the Gods, the latter looked a much less damaging project. I got my wish, but in the manner of those most insidious genies and the very cruelest of Outer Limits and Twilight Zone episodes, it was at a cost far greater than I imagined. Instead of Rourke, an actor I'm fairly impressed by, it is Ron Perlman, one of my very favourite character actors, who gets cast in the role. Damn you, Lionsgate! Damn you to Hades!

Also something on Rose McGowan possibly being Marique (what kind of Hyborian name is that!?!) but I'm so annoyed at Ron's casting I can't even care.

Graaah. I need something to calm me down. 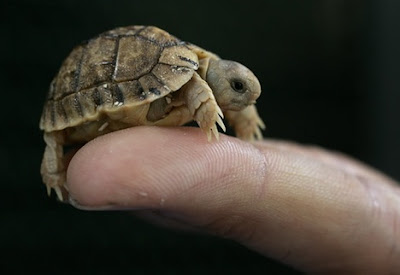