Yes, gentlemen, I do believe I'm out for the count.

For those currently lost, The Elder Scrolls V: Skyrim is the fifth in Bethesda's majestic series of games set in the world of Tamriel, which - until Oblivion - went off the beaten track of most fantasy role playing games, and presented a universe very different from anything before, or since.

While the first two games, Arena and Daggerfall, have ample merits of their own, it was in the third game, Morrowind, that I was truly sucked in. Morrowind eschewed the usual beasts and landscapes of post-Tolkien Sword-and-Sorcery milieus in favour of exotic, alien, and - well, fantastical - imagery. Not just imagery, but the world was populated by weird creatures. Adventurers expecting goblins, orcs, trolls, dragons and giants would get a shock when they face their first nix hound, the bizarre Kagouti, the docile giant Silt Strider, the Lovecraftian Ascended Sleeper and the almost Baum-esque Dwemer Centurions. 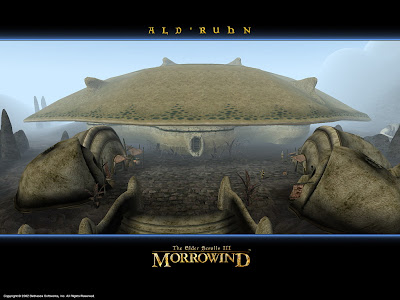 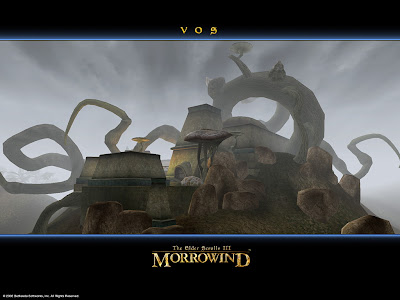 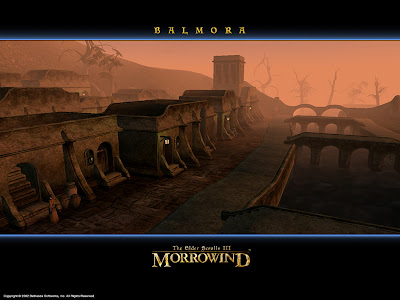 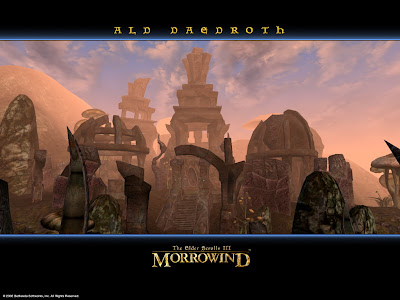 Unfortunately, Oblivion went back into the Northern European comfort zone (contradicting previous canon in the process: Cyrodill was initially pitched as "Rome in the South American Tropics," which would've been rad), the creatures were more or less reduced to your standard fantasy monsters, and the variety of ruins was downsized significantly. With the addition of mods (vital for anyone wanting to get the most out of the game) it was a different story, but it's a shame the core game reverted to this.

On the face of things, Skyrim would appear to continue this trend, being set in Tamriel's equivalent of the far north. Still, Bloodmoon, an expansion for Morrowind, showed that there's plenty one can do with a Norse setting that hasn't really been done elsewhere.  Still, a game where you play a gigantic Viking with horned helm, huge axe and sport a magnificent beard... it's compelling enough for me. 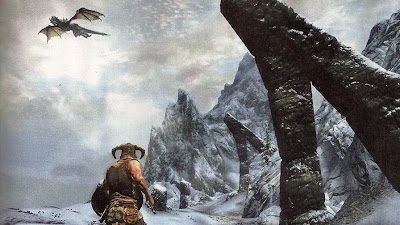 Dammit, if he could just turn around to see if he has that last qualifier!