Oh, Hyboria!, The Wrath of Zym's prequel, and a new game? 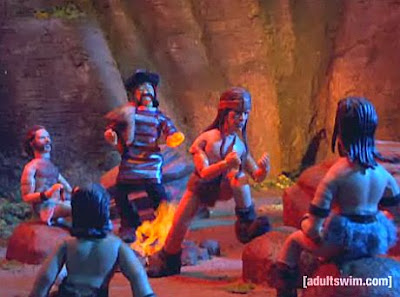 A sign of things to come?
Remember a while back me and Miguel Martins teamed up to discuss the many Howardian projects on Paradox's lineup? Remember one of them being Age of Conan: Hyboria!, from the makers of Robot Chicken?

Well, it still seems to be a go.


This past fall, a lanky, 6′4″, redheaded, Irish Catholic from Massachusetts named Conan made waves on the web with live broadcasts of variety programs meant to preview his imminent television premiere. Next summer, an inconceivably muscular, towering, long-haired, Cimmerian, also named Conan will star in a web series conceived to promote his rebooted film franchise. 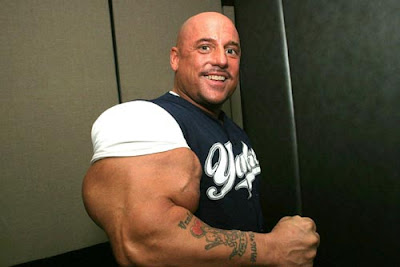 Age of Conan: Hyboria! is a collaboration between Paradox Entertainment (the company that holds the trademark to all things Conan the Barbarian), Funcom (the video game publisher responsible for creating the MMORPG Age of Conan: Hyborian Adventures), and a handful of comedy writers hailing from Cartoon Network’s Robot Chicken. The web series will style itself after Red vs. Blue. Hyboria! will use machinima to manipulate in-game characters and environments from the Hyborian Adventures video game, creating a comedic storyline.

Marc Graser at Variety reports Mike Fasolo (writer on Robot Chicken) will pen the first episode, while comedian Harland Williams and fellow Robot Chicken-er Dan Milano will voice the characters. Milano is also on board to direct.

Paradox is hoping the web series will drum up publicity for their Conan redux, set to hit movie theaters August 19, 2011. Jason Momoa will play the role of the heroic, sullen-eyed, thief, reaver, and slayer. He’s certainly not as big as Schwarzenegger, but his English is probably better.

Man, my head hurts: the first paragraph is centred on the movie/pop-culture Conan, but the last paragraph paraphrases Howard. I choose to be heartened by that last paragraph, though not the last sentence (Schwarzenegger was perfectly adroit in his English-speaking skills at the time of Conan the Barbarian, as can be seen in the illuminating Pumping Iron documentary: it's his thick Austrian accent that would be more of a barrier than his eloquence.)

This was even picked up by Variety, who mention that Gudrun Giddings has spearheaded the project - and if you've ever seen the Valkyrie-like Gudrun in person, you wouldn't have difficulty imagining that being quite literal. That isn't the only thing she's working on, however: Paradox announced this back in October, but I've no idea how I missed it.

In October, Giddings also helped set up an adaptation of the motion comicbook "Conan: The Savage Tales" that Double Barrel Motion Labs will release on DVD next year as a prequel to the Marcus Nispel-helmed film.

... How?  How can you do a prequel for a film that's meant to be an origin story? More pertinently, how can you do a prequel to a film that starts with the main character in the womb? Well, perhaps this is just set in the interim period between "Conan" running from his village's massacre, and the time we catch up with him when he's morphed into Jason Momoa. Or maybe it's the adventures of Little Leo the Cimmerian, or even Corin and Islene. But then, doesn't that kind of take away from the whole point of this film? I dunno, making a prequel to Conan the Barbarian (2011) just confuses me a fair bit, considering Conan the Barbarian (2011) is meant to be a bloody prequel to the original bloody Robert E. Howard stories in the first bloody place.

So yeah, not really looking forward to that. Still, fear not, there is one shining light in this triptych of news: there's apparently a new Conan video game in the works.

Don’t act so surprised! There was bound to be another Conan game.

However, today came news that the Cimmerian warrior will be making another outing into gaming…eventually. This morning, game-talent agency DDM and licensing company Paradox Entertainment announced they are beginning the process of developing a new Conan game. Paradox owns the library of Robert E. Howard, the author of the original Conan stories that first appeared in fantasy magazines in the 1930s. No specific developers or publishers were named in today’s announcement, meaning that it will likely be years before any new Conan game arrives at retail.

So far, no developers have been named. That's either very good news, or very bad news.  Either the game is a long way off, indicating that the developers will be putting a lot of work into developing a large-scale, epic adventure a la the best Bethesda, Bioware and Obsidian role-playing games; or it’ll be quickly farmed out and produced in a matter of months, like the anemic tie-ins for Beowulf, Clash of the Titans and 300.

I'd love to think that they're going to make a game that hearkens after The Witcher, a game based on a series of books that is somewhat obscure in English-speaking countries, yet managed to be pretty darn successful despite an infamous proliferation of bugs. At a guess, I'd say they're basically going to go "Age of Conan as a single player game, except you're Conan" route, albeit with more bombastic combat and whatnot. Hopefully they'll treat the REH characters with more respect and thoughtfulness than they did Tina, Belesa and Zelata, though. 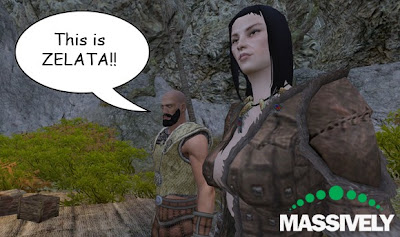 No, Funcom, this is not Zelata. What, there aren't enough scantily-clad, buxom young women in Conan already?
I have to say, though I really have misgivings about some of their projects, I admire Paradox's enthusiasm in starting new things, and many of them have been great for Howard and his fans.

The previous CPI (Conan Properties Incorporated) seemed content to just sit on the Conan license for a period in the late '80s, before they splurged on tv and animated adaptations and ill-advised comic reboots which ran the property into the ground. Paradox swooped in, started up a new CPI (Conan Properties International), and in the process we got more Conan and Howard-related releases than any time since the last Howard boom. That's certainly more than CPInc did in its last 20 years, which were inundated with Tor pastiches and risible tv series. We might blame Paradox/CPInt for misfires like the Age of Conan novels, the 2007 Conan video game, and the problematic release of Age of Conan, but we can also blame them for the Del Reys and bringing Howard back to the forefront. That should never be forgotten.

So while I'm not going to hold back in my criticisms of Paradox projects and decisions I disagree with, I'm always going to remember that Paradox are making Sword Woman and Other Historical Adventures a reality. I think it's worth suffering a few misfires to get to the good stuff - unedited, unexpurgiated, unabridge Howard.
Uttered by Taranaich at 06:36