We should've left long ago.  Before Sir John died.  Thinking back to that day...

History would record our journey as an attempt to find the Northwest Passage.  Better that history believes that, than the truth of what we were really searching for in the Great Bleak North.  The Navy were ordered not to search for us, even if we were years overdue.  No doubt Mrs Franklin would endeavour to search for us, but the Admiralty would see that her efforts would be in vain.  Not that it would matter, we thought: we'd be home to much fanfare in record time.  We fancied ourselves well prepared, even over-cautious, for the mission.  After all, we proud men of the Queen's Navy were masters of the mightiest empire on earth, the mightiest in the history of makind.  The British Empire, the crowning achievement of humanity. 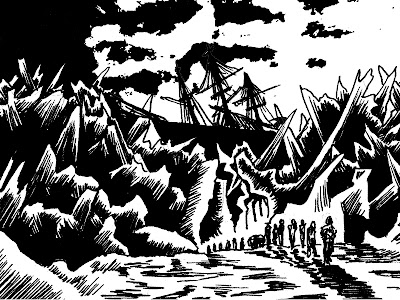 After a year or so on the ice, Captain Crozier organized the two ships' crew, and we left. Terror and Erebus were trapped, broken and chewed by the icy jaws of the very land around us.  The strongest vessels the Empire could create, twisted and crushed like Autumn leaves. Half the men were dead already.  There was no other choice.  It was no longer safe: we had to leave.  Escape. 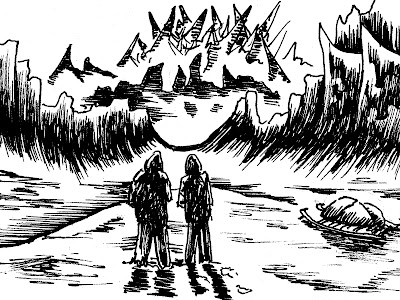 Most of the crew were dead.  The strange sickness claimed some, the ice others.  Whatever it was that claimed the lives of Torrington, Hartnell and Sir John had claimed dozens more.  We few that remained were restless, tired, wracked by scurvy and malnourishment.  The mission had been a disaster, but we still had enough to complete our mission.I only pray we survive long enough to get back to England.  Somewhere in this labyrinth of ice and death, we would find our way. 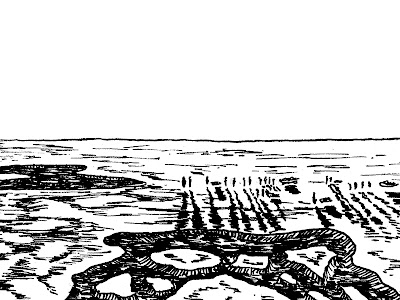 More of us died on the journey.  Hypothermia.  Exposure.  Some of them simply disappeared.  Crozier told me this is, regrettably, to be expected: falling straight through thin ice, getting lost in the white wastes, polar bears.  Investigation into missing men was perfunctory and never slowed our trek across the ice.  Even when we knew the men were alive. 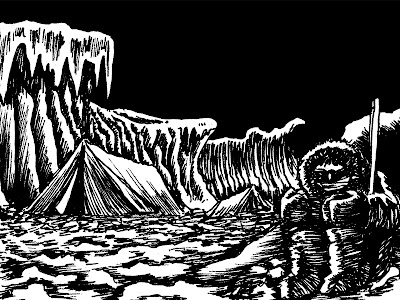 McClintock is a good man. He alone of us all fears nothing. He's lost so many friends and crewmates, yet never fails to volunteer for watch.  Nobody asks him where the scars came from: most are convinced he's had them since before the Expedition started, though Stanley knows full well they were only weeks old.  Perhaps they know that.  They'd rather be in denial than link Stanley's scars to the things they've seen in the night. 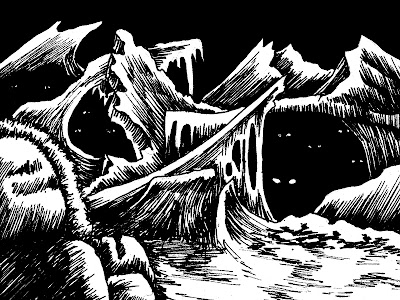 None of the crew know what they are.  Some believe them to be displaced Arctic wolves, polar bears, or perhaps some hitherto undiscovered new creature peculiar to the boreal north.  They leave no tracks, no leavings, no spoor of any kind.  They make no sound, though some of the crew swear they hear the trickle of unearthly laughter - like that of children.  Some hear bells, others the crack of whips.  The ice plays tricks on the mind: can't be anything more than creaking ice, wind, or hail.  That's what I tell them: I wish I could convince them.  Put their mind at rest.  Better they don't know.  Not yet. 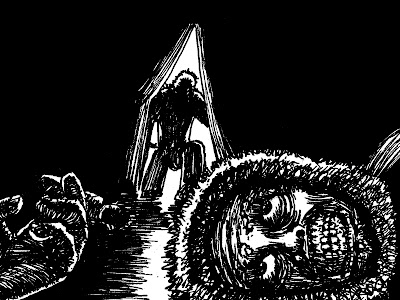 The deaths continue.  A whole tent, this time, including young Golding.  Poor Golding: he'd suffered so much, so young, yet had the damnedest of luck.  First to get scurvy, but hadn't lost any teeth.  Lost a hand to frostbite, but learned to work with his other hand admirably.  Always there to cheer the lads up with his exhuberence.  Only to die this way.  I had Stanley tell the men the scurvy had driven the crew mad, and killed each other in their paranoid delusion.  They knew it was a nonsense, but accepted it nonetheless: I suppose the bleakness of the situation destroyed any notion of protest. 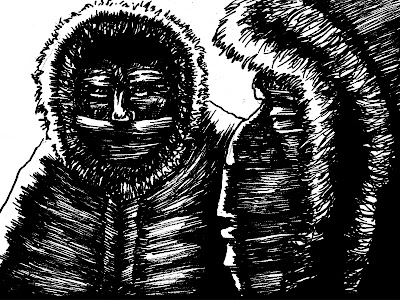 We soon reached King William Island.  Crozier took me aside.  He and I knew that we only barely had enough men to complete our mission: we would have to leave the men unburied if we were to have a chance.  I concurred.  With our food and ammunition supplies running low, we couldn't hold the things off for long.  Most of the soldiers of the crew were still alive: enough to make the assault.  Now we search for the portal which will take us to the place we sought.  Then, with our specially trained soldiers equipped with the League's top-secret equipment, we would conquer it.

If we could secure it, the Empire's future would be secured.  A facility where anything could be constructed and distributed to any point in the world in a single night.  A population who would toil tirelessly and thanklessly.  Mounts and beasts of burden capable of traversing great distances with incredible speed and limitless stamina.  A great ice fortress virtually unassailable even against the most devastating artillery.  We know it was somewhere on King William Island. 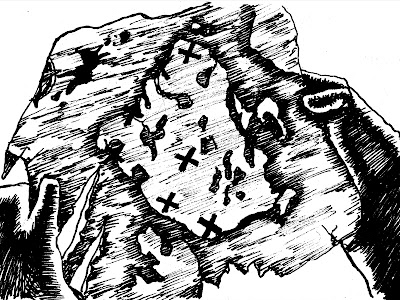 The question is, where was it?

(I wish all my readers and Howard fans a marvelous Mitramas, a super Set Sacrificial Festival, a solemn, cheerless Cromhain, and of course, a merry Christmas!)
Uttered by Taranaich at 03:00