What if Conan became The Punisher?

At least, that's what this guy thought. 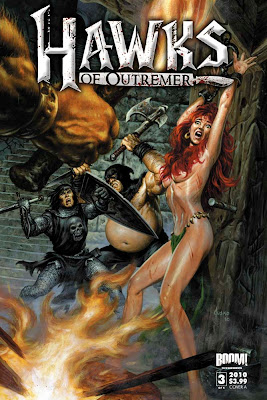 It didn't occur to me when I first saw it... but now I can't see anything else. Howard never depicted Cormac's silver skull on a surcoat (can't recall if he wore a surcoat either, or just plain mail), but I felt it a reasonable extrapolation on Jusko's part. Now, though... I can't help but see Marvel's answer to a DC superhero riffing on Robert E. Howard. 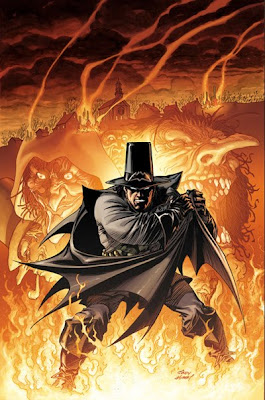 Come on, that's totally our man from Devonshire. I'd love to see a Batman/Kane teamup, by the way.

Or Darkwolf as Batman. Or Blackbeard as the Dark Knight. Or Wild Bill Hickok as the Caped Crusader. Or the Green Hornet as the World's Greatest Detective...

What's more, we're getting Goddamn Action Figures. In addition to Puritan Batman (now really, Solomon Kane is already Puritan Batman) we have a Neolithic Batman, Cowboy Batman, and - Crom almighty - Pirate Batman. If Batman was trained in the martial arts and uses stealth to defeat his foes, this throws the Pirates & Ninjas war completely out of control. The figures look very nice, and already I'm getting ideas. 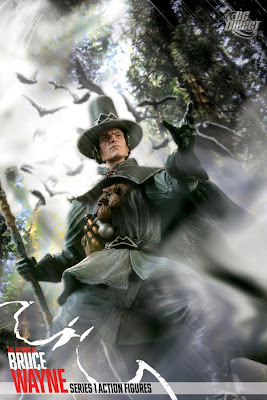 Come on, I know you're thinking what I'm thinking. Well, I'm sure it's one of a few things: just shave off the bat symbols, and you have a pretty good Solomon Kane (just add a slouch hat if you're a purist like me). Give that staff a cat's head, sculpt a green sash... Looks possible. 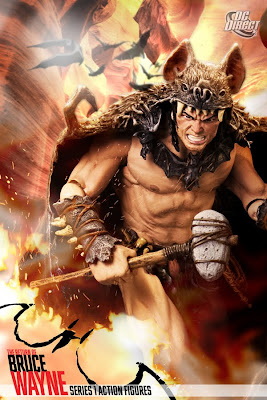 Rip off the pelt & accessories on Bat-Caveman, and that'd be a damn good base for a Conan custom. That snarling face is just perfect, he has a great build, and he looks very poseable. Alternatively, dye his hair a bit, and he'd make a great one of Howard's prehistoric heroes.

Still, I think High Seas Batman may well be the greatest action figure I've ever seen. 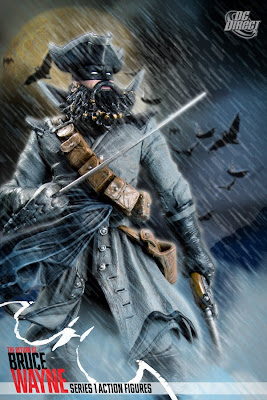 Look at it. It's practically Edward Teach in a mask. Batman if he was Blackbeard. It's Batbeard.