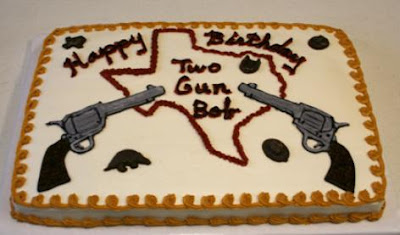 Well, what more can be said that hasn't been said so often before? Well, let's not say anything. Today, I'll be providing links to my favourite audio-visual Robert E. Howard celebrations, adaptations, and ideas.

Vincent D'Onofrio tells us like it is. Seriously, if you haven't watched The Whole Wide World, get out there and find a DVD! It's really good. The best Howard-related film by far.


Trailer for Barbarian Days, featuring many of the movers-and-shakers of Howardom, in a documentary that one hopes will be cheerful, fun and insightful, rather than a sideshow gawkathon. Here's hoping for the best.


A wonderful interview with Norris Chambers, one of the last living people to have known Robert E. Howard.

The atmospheric intro to the only Robert E. Howard adaptation to film or television. Seriously, if Thriller can do it, why can't Hollywood? Come to think of it, a young Boris Karloff would've made a very interesting Conan...


Another from WarriorPhotog36 on Youtube, a beautiful adaptation of "Cimmeria."


Can't forget Studio Guignol's beautiful rendition of the same poem: here's to "The Frost-Giant's Daughter" in 2011!


It isn't just "Cimmeria" that gets the adaptation love: here's the famous "The Return of Sir Richard Grenville" by Kane. I still love this film.


A video that seems to pass under the radar, this is a very unusual and interesting little film using Howard's poem "Harvest."


I include this one for a laugh. Who did they get to do the voiceover, Brian Blessed's cousin? And how come he pronounced Cimmerian "Kimmerian"? And what's with the haphazard animation? What a weird video.
Uttered by Taranaich at 00:01