What It Would Take To Get Me To Watch Conan: The Wrath of Singh

As it stands, there's nothing convincing me to go and fork over my cash for this monstrosity. I don't even know if I'll catch it on TV. I have enough stress in my life.

So aside from a full rewrite that isn't an affront to Robert E. Howard's memory, what would it take for me to see this film? We have our director, writers, and Conan (and possibly Corin if the rumours of Mickey Rourke are to be believed.) Let's see...

Why? Because Sam Neill is awesome. He has gravitas, authority, and we might as well have someone that looks Gaelic, even if he's meant to be an Acheronian (or a Sikh, judging by his name, but I don't want to dignify Doppenheimer's stupidity by casting an Afghan/Indian in the role). He's also someone who takes every role seriously, and thus will not chew the scenery too much. Besides, I'm just a fan of the dude. He's in a Dunsany adaptation, ferchrissakes!

The only reason I have someone I otherwise consider great is because I don't know what role he could play in an actual Howard adaptation. I suppose he could be someone like Pallantides, Demetrio, or one of those authority figures, but he wouldn't be my first choice. I have different plans for Stephen Lang, who is my current favourite actor in the universe.

This chap is hilarious. There's something about his demeanour of being constantly on some sort of mind-altering substance which makes him endlessly entertaining for me. Seeing him attempting to be a "proto-Goth rocker" would be hilarity incarnate.

I really have a thing for Diora Baird. She's fairly voluptuous as Hollywood types go, and she isn't shy about revealing her body. There are plenty of other attractive actresses who aren't stick-thin waifs, but I'd rather save them for a future Robert E. Howard film, rather than have them wasted on this. She also has a great sense of humour, and though she isn't the greatest actress... well, look at her! Ergo, why the hell not.

It's Mr T, fool! I deliberated over including other imposing black actors like Michael Clark Duncan, Bubba Smith, Tiny Lister, Christopher Judge (for the Stargate fans missing their Teal'c fix) and the magnificent Tony Todd, but then I realised I really don't want these guys touching this abomination. So I picked the guy who I considered most awesome, while also being a big enough star to be "big enough" to overcome association with the film. I mean jeez, it's the T: this won't ruin his career by a long shot. As an aside, I'd love to see Tony Todd in an actual Howard film, as Ace Jessel, Saul Stark or N'Gora.

This makes plenty of sense, and it's the only "serious" choice in my list. Jones is the go-to guy for "guys with weird anatomy," and he was utterly perfect for the Pan-creature and the Pale Man in Pan's Labyrinth, not to mention Abe Sapien in Hellboy. His movement is so elegant and mesmerising, he's actually a joy to watch. Thus, he'd do a great job in a role that calls for a "misshapen warrior" with a "twisted body."

Omid has a reputation for being cast as a generic "hotheaded blabbermouth Middle-Easterner" in Hollywood films, so it would be quite refreshing to see him play a more reserved role, though I wouldn't mind him going a bit overboard. I would save him for Aram Baksh, but then, that probably would be a bit too obvious. 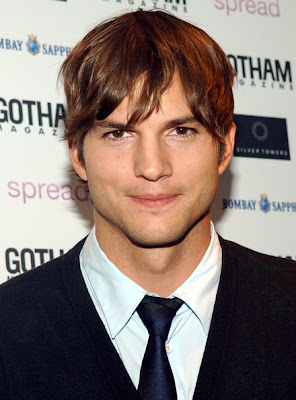 We really need to have someone that we won't mind seeing absolutely disfigured and horrifically murdered, so it should be someone so unbearably smug, arrogant and smarmy that the audience will be actively cheering on his heartless death. As such, nobody fills that role even better than Ashton Kutcher. I really dislike that prat. Look at that mug. Doesn't it look so punchable?

I already talked about my weird fascination with this dude, so why not? He's pretty distinctive, and we know he doesn't mind extensive makeup.

We need someone dashing, heroic and daring (despite him being a Cimmerian who somehow switches races to Zamorian), and it might be nice to give Stu some compensation for missing out on the role of Aragorn in the Lord of the Rings films. Plus, he's pretty sparkly: gotta have someone else for the girls to squeal over.

Marc's a distinctive guy: those massive brows and deeply sinister eyes are pretty near. Attention is already drawn to his eyes, making his status as a blind psychic super-archer more prominent. And I think I've put more thought into his casting than Doppenheimer have.

I don't see much point in casting someone who looks Cimmerian seeing as we have a freaking Hawaiian in the title role, so let's just cast someone who looks like an Amazon, while also looks like she can throw and take a punch. Gina sure can, in real life as a matter of fact (being an MMA star).

The Viking (because it's obviously not going to be an Aesir or Vanir or anything) who slays Islene could be one of those minor characters that makes an impact on an audience, so let's cast some absolutely gigantic dude, stick a brown (again, why bother?) beard and wig on him. I like Nathan, there's just something likeable about the big dude. He was memorable as Boagrias in Troy, and that Jet Li movie.

You might've noticed I left a certain someone for last. So, without further ado. 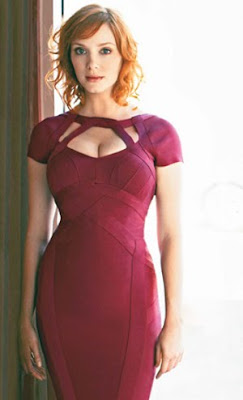 I can think of no greater incentive to get me there than to have the lass I consider the most ungodly gorgeous woman on the face of this planet running about in various states of undress for the majority of a film. Every second she spends on the screen, all discrepancies, errors and downright blasphemies will fly right over my head, since I'll be sitting there with my jaw resting on my knees, gurgling "gaaaaaaagh..."

I love this woman. In fact, she alone would probably be enough for me to watch the film. Maybe not spend any money on it, but come on, can you blame me?
Uttered by Taranaich at 20:18

Labels: Conan the Rehash, Conan: The Wrath of Singh, My Word, Ranting and Raving