Well, this is a pleasant surprise. I was aware of the upcoming sets, but I wasn't expecting a game to be part of the deal. (Perhaps I should have, given the mid-credits cameo at the end of Lego Batman 3.) This is relevant to my interests.

My niece is only a bit older than I was when I saw Jurassic Park in cinemas, and my youngest cousin is still a babby. As such, I feel I have Uncle's/Older Cousin's Rights to be excited about a dinosaur game I could play with my younger family members. However, when it comes to suggestions for the game, I must defer to 8-Year-Old Aly. He knows a lot more about dinosaurs than I do, after all.

Enough talking, 30-Year-Old Aly, let's get down to business.

As an 8-Year-Old dinosaur fanatic, I feel it is entirely within my demesne to make suggestions to the developers of upcoming video games. I am their target audience, after all, and while there must be a temptation to make a quick cash-in on a sequel which has seen more time pass between the first film and Jurassic Park III than Jurassic Park III and the latest, I hope Telltale Games have some ambition for this franchise.

I cannot stress this enough: YOU NEED TO BE ABLE TO PLAY AS DINOSAURS. Not just ride dinosaurs, not just have buildable dinosaur minikits, dinosaurs with which to frolic or rampage through an island resort as the fancy takes you.

Much as I love the humans in Jurassic Park and don't actively hate one or two of the characters in the other two, games have different requirements to films. With a film, compelling human characters are necessary in order for unimaginative adults to invest themselves in the narrative, while children require some time away from the dinosaurs in order to foster anticipation and excitement for when the dinosaurs do appear. I'd happily play Lego Jeff Goldblum in any other video game, but given the choice between Lego Jeff Goldblum and a Lego dinosaur?

There are plenty of opportunities to control dinosaurs within the game. Perhaps you could control the three Raptors when they break out after the power shuts down. Or you play the T.rex in the finale at the Rotunda, or rampaging through San Diego. Perhaps even include parts of the book that didn't make it into the film, like Lex & Tim's encounter with a baby Triceratops. Some of the dinosaurs could have special abilities: T. rex picks up things with his jaws, Brachiosaurus allows access to high areas, Triceratops rams into things, Raptors have the ability to build and manipulate objects like humans. Jurassic World seems to be hinting at some sort of cooperation between the raptors and Chris Pratt's character, so the logical extension would be for this to factor into gameplay.

Still, rideable dinosaurs should be an option too, if only for the dearth of vehicles. We all love the explorers and jeep wranglers, but what else is there? Helicopters, motorbikes, those hamster-balls? There isn't nearly the sort of scope for vehicles in Jurassic Park as there is for other franchises.

If nothing else, it would fill out the character roster. From a cursory reading of the cast of the four films, I can see about 40-50 named characters across the whole franchise, maybe expanding that to 60 with generic "InGen worker" and "Park Ranger" types. This was about the number for the early Lego games, but these days there tends to be a much greater number of characters: Lego Star Wars:The Complete Saga had 160 characters, Lego Marvel Superheroes 155 not including DLC, Lego Batman 3 150. Given there are about 40 dinosaurs shown or mentioned throughout the Jurassic Park films, it would seem stupid not to have them as playable characters.

These were great. They were essentially four dinosaurs in one: the Brachiosaurus could be also be built as a Diplodocus, Plateosaurus, or Plesiosaurus, or even a variety of others if you used a bit of imagination (if you left out one of the neck bits on Plesiosaurus you'd get a nice wee Cryptoclidus, for example). Build a basic body, swap out the limbs, tail and head, and you could create a dinosaur! And of course, given the modular nature of Lego, you could mix-and-match from all the other sets to make more dinosaurs - even completely fictional ones. 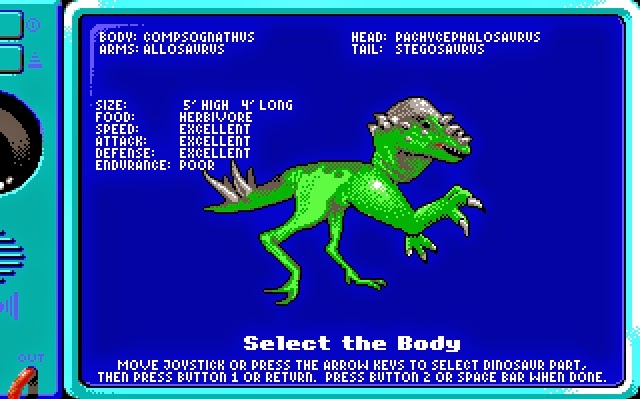 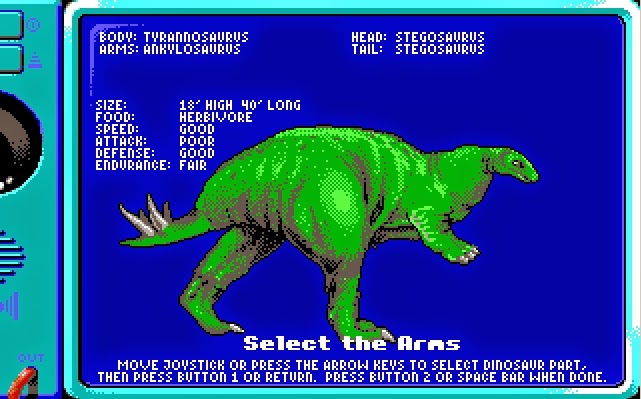 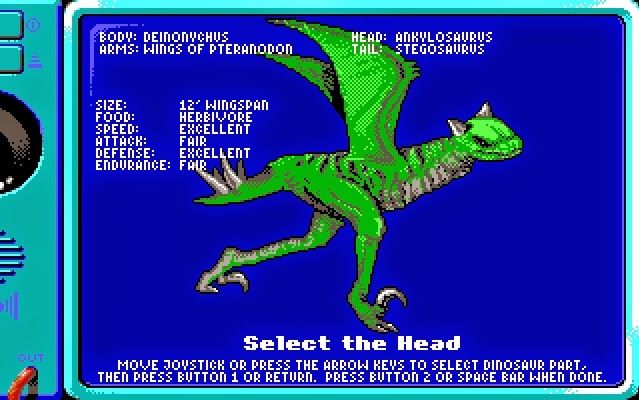 You still don't understand what you're dealing with, do you? Perfect organism. Its structural perfection is matched only by its hostility. I admire its purity. A survivor... unclouded by conscience, remorse, or delusions of morality...

Ahem. Anyway, Jurassic World is already dealing with Designasaurs in the Diabolus Indominus rex, and the toyline has expanded into Chaos Effect territory:


Since custom characters have been a part of Lego games since Lego Star Wars II, I think it's worth considering letting the mad scientist in children everywhere run amok with their genetic abominations. Lego Marvel Superheroes already allows a modicum of customisation with Big Figs (annoyingly dropped in Lego Batman 3), so it isn't as if they haven't gone beyond customisable minifigs before.

Previous Lego games have had a lot of fun with open-world spaces: Lego Batman 2 gave us the whole of Gotham City, Lego Lord of the Rings had an Epcot version of Middle-earth, Lego City Undercover gives us - well - Lego City, and Lego Marvel Super Heroes lets you run about a fictionalised New York. Jurassic World offers a wonderful opportunity to have not one, but two world spaces - Isla Nublar and Isla Sorna. Isla Nublar would of course be Jurassic World proper, complete with all the accoutrements and features of a theme park; Isla Sorna would remain the largely wild and free breeding grounds of the second and third films, dotted with the ruins of labs and bunkers. Perhaps the original Isla Nublar could be accessible as a post-game bonus.

Alternatively, what if the world space was not set in stone brick? What if the game's open world was customisable - to make your own Jurassic Park? It could be as simple as Jurassic Park Builder with  grid-based placement,or going full Operation Genesis with completely free object placement. Lego has always been a creative hobby, so why not create? Observation towers, arenas, restaurants, museums, roller coasters, water slides, all the way down to facilities and decorations. Choose themes - futuristic or retro, tasteful or gaudy, technological or naturalistic, action or family. Then, when you've built up your park, enjoy it. Go for a drive through the park with the explorer; float overhead in a balloon; peek through those wee bubbles they have in zoos; or just wander around and people-watch. And maybe once every so often shut off the power and let the dinosaurs loose on thousands of tasty morsels.


These are just some of the possibilities for Lego Jurassic World: The Video Game. This year will mark the 10th anniversary of Lego Star Wars: The Video Game, and so the tenth year of Telltale's rejuvenation of the Lego gaming world. Each Lego game has followed a similar playstyle without many permutations, which has led to some accusing the series of growing stale. While there's nothing inherently wrong in formulaic gameplay if it works, I think a bit of innovation in mechanics every so often can be just what the geneticist ordered.
Uttered by Taranaich at 16:36