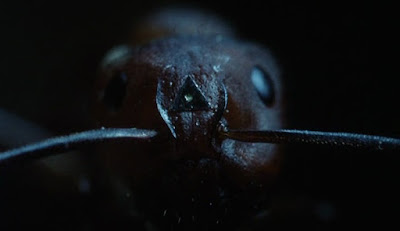 We knew then, that we were being changed... and made part of their world. We didn't know for what purpose... but we knew, we would be told.
- Closing narration, Phase IV


Watching Ant-Man, you can definitely tell what was Edgar Wright, and what was Marvel. I would have loved to have seen Wright's version, of course, but I enjoyed the final film knowing its convoluted history. It was at its best when it shied away from the standard Only You Can Save The World element, as well as the needlessly extended Call To Heroism/Training for Battle section of the film - it was when the film did the things that you wouldn't see in Thor or Iron Man that made it shine. As Captain America: The Winter Soldier was a '70s spy thriller, Ant-Man is a heist movie, appropriate for the character.

Of course, being a science fiction aficionado, I couldn't help but think of other things...

(All the images in this review are from Phase IV, Saul Bass's only feature-length film: visually striking and very weird in the classic British Science-Fiction style. Well worth a watch.) 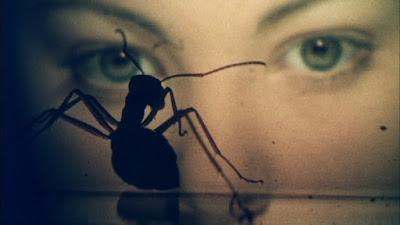 Obviously, as a Matheson fan, the first thing that springs to mind is The Shrinking Man. Ant-Man delves into some of the themes of Matheson's novel, particularly the subatomic realm (which also went a bit Interstellar, too - not that that's a bad thing by any means), as well as a few nostalgic memories of Honey I Shrunk The Kids and The Borrowers in the juxtaposition of the very small with the very large: the train set battle - complete with Thomas! - was an absolute highlight of the film. The idea of what changes with perspective when size is altered - and what remains the same - is something greatly appealing to me, whether it's the gargantuan monsters of '50s fame, or shrinking down to the ant's eye view.

The best parts of the film were when Ant-Man was down with his namesakes. They may have been a tad cartoonish for my liking, but the change in environ was a breath of fresh air compared to the slick high technology of other Marvel films. The miniaturisation scenes - it isn't technically correct to say microscopic, since he can be seen with the naked eye - are filmed and recorded in a wonderfully distorted, alien manner, as you'd expect when you've been shrunk to a hundredth of your size. And there is the implicit understanding that his feisty formicid friends are his greatest allies. 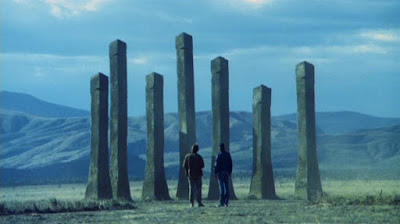 In a few miles of this forest there must be more ants than there are men in the whole world! This seemed to Holroyd a perfectly new idea. In a few thousand years men had emerged from barbarism to a stage of civilisation that made them feel lords of the future and masters of the earth! But what was to prevent the ants evolving also? Such ants as one knew lived in little communities of a few thousand individuals, made no concerted efforts against the greater world. But they had a language, they had an intelligence! Why should things stop at that any more than men had stopped at the barbaric stage? Suppose presently the ants began to store knowledge, just as men had done by means of books and records, use weapons, form great empires, sustain a planned and organised war?
- H.G. Wells, The Empire of the Ants


That's the interesting thing about Ant-Man: he is sitting on a tremendously powerful force. It's estimated in some sources that the biomass of all ant species on earth are roughly equal to that of humans in weight (though that estimate is wonky). When it comes to individuals, they're in the trillions. Ants of all species undergo amazing changes in their bodies based on their role in a colony: workers, soldiers, drones, queens.

Then you get to individual species. Some species can dwell underwater, build homes, communicate with other species, take slaves - and start slave rebellions. The Sahara Desert ant can withstand temperatures of 150 Farenheit. Asian super-ants are drawn to electricity, and scientists are at a loss to explain why. Brazillian ants are willing to plug up entrances to their colonies with their own bodies. Honeypot ants are one of the few animals known to create mobile food-storage units. Leafcutter ants have mandibles as sharp as any blade forged by man. They know how to farm, how to terraform, how to teach. How to conquer.

Remember that Batman quote about Superman? "In many ways, Clark is the most human of us all. Then he shoots fire from the skies, and it is difficult not to think of him as a god. And how fortunate we all are that it does not occur to him." Ant-Man has dominion over one of the most successful, powerful and widespread organisms on the planet. A theme in the film is how Yellowjacket's sanity is strained by the nature of miniaturisation technology. Who's to say Ant-Man doesn't struggle with the responsibility of his powers leading him to decide the only way to keep the world safe for his daughter... is an Empire of the Ants? What a thing to occur to him.

It is interesting that Ant-Man will be the final film of Marvel's Phase II, and herald the coming of Phase III with Captain America: Civil War next year, which will of course be followed by Phase IV. For if they want to be really brave, they could look to another Phase IV in Ant-Man's future... 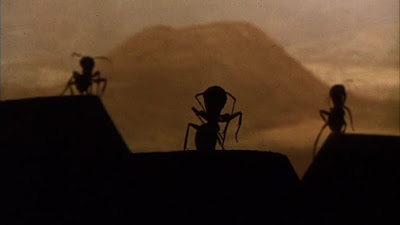 And in that moment, I knew the answer to the riddle of the infinite. I had thought in terms of man's own limited dimension. I had presumed upon nature. That existence begins and ends in man's conception, not nature's. And I felt my body dwindling, melting, becoming nothing. My fears melted away. And in their place came acceptance. All this vast majesty of creation, it had to mean something. And then I meant something, too. Yes, smaller than the smallest, I meant something, too. To God, there is no zero. I still exist!
- Closing narration, The Incredible Shrinking Man