Can't we just have a whole movie of this? Do we really need all these stupid humans?

Well, let's start with the good. I'm very happy to see there's at least some of the majesty of nature's creation evident in the trailer, as we see the guests embark on safari to see Gallimimus, Apatosaurus and Stegosaurus within relative touching distance. I feel a personal sense of vindication as it does look like the Apatosaurus does follow the retro-modern fusion style, albeit far skinner than I would've liked - Apatosaurus was a big beastie, after all. I particularly enjoyed the use of futuristic technology to further entrench the idea that this is indeed a science fiction film: it was tough enough in Jurassic Park when we were asked to believe that molecular biology was decades more advanced in the 1990s than in "our" world, so it's quite a bit easier to suspend that disbelief with the high technology on display in the trailer. Of course everything goes wrong, because we can't just have a film where everyone visits a dinosaur park and nobody dies, apparently.

Going by the size of the people, that shark looks to be about 12-15 feet long, average for Great Whites. That gives the Mosasaur a skull of around 20, possibly 25 feet. The largest Mosasaur skull found so far is 6 feet long: the largest skeleton 60 feet. Assuming that Jurassic World's Mosasaur's skull is also 10% of its body length, that would mean the whole beast as seen in the trailer is twice the length of a blue whale.

At around the 1 minute mark, we see what must be Mosasaurus, and I can't believe I never thought about exactly how in blazes the park could extract DNA from marine lifeforms: haematophagic insects in amber was one thing, but how could marine animal DNA from 65+ million years ago be preserved and subsequently extracted in the 21st Century? The Jurassic Park Builder game for iphone goes with parasites frozen in sea ice, which is, frankly, probably more reliable than amber from a strictly scientific standpoint: larger parasites means a larger amount of material could be preserved compared to tiny insects, and we have extant examples of frozen animals.

What sort of parasites could they be? Our modern world has plenty: the fish and marine mammals of today have barnacles, pyramid shelled snails, leeches, cookiecutter sharks, pilot fish, and snubnosed eels, and since we have fossil evidence of ancient arthropodal parasites, there's no reason the Mesozoic ecosystem couldn't have had similar ecological niches.

Still, the question remains: how could these parasites be preserved in the absence of amber? Indeed, one possibility could be tied in with the recent discoveries about Lake Vostok:

The lake was drilled into by Russian scientists in 2012. The overlying ice provides a continuous paleoclimatic record of 400,000 years, although the lake water itself may have been isolated for 15 [7][8] to 25 million years.[9] On 5 February 2012, a team of Russian scientists claimed to have completed the longest ever ice core of 3,768 m (12,400 ft) and pierced the ice shield to the surface of the lake.[10] As soon as the ice was pierced, water from the underlying lake gushed up the borehole.[11]

The first core of freshly frozen lake ice was obtained on 10 January 2013 at a depth of 3,406 m (11,175 ft),[12] and it is yet to be analyzed.[13] The Russian team plans to lower a probe into the lake to collect water samples and sediments from the bottom. It is hypothesized that unusual forms of life could be found in the lake's liquid layer, a fossil water reserve. Lake Vostok contains an environment sealed off below the ice for millions of years, in conditions which could resemble those of the hypothesized ice-covered ocean of Jupiter's moon Europa.[14][15]


Could it be that in the world of Jurassic... World, more ancient lakes have been discovered in the Antarctic, albeit these ones are still frozen, preserving the marine fauna from the eons - The Ocean That Time Forgot?

We know that evidence for ice in the warm Mesozoic period is extremely sparse, and that the Antarctic continent itself was situated further north than it is currently - dinosaurs and even amphibians have been found there. Alternatively, perhaps geneticists lucked out with a Mosasaurus skeleton with intact soft tissue, as palaeontologists did with Tyrannosaurus remains. Although the odds of such a spectacular discovery are slim indeed, this actually offers a far more convincing method of requisitioning ancient DNA than the parasites-in-amber method of Jurassic Park. In addition, it could be possible that a "fossil lake" is anoxic due to various natural conditions - further improving the chances of organic preservation.

And then we find out about the D-rex, which is indeed a genetically modified (well, more so than the other dinosaurs) monstrosity cooked up in the lab. Now, already I'm getting pretty horrendous flashbacks to various other properties that decided to go with the "let's take a dinosaur and genetically modify it because There Could Not Possibly Be Any Dire Consequences" reoutine, but the way I see it, Jurassic World is uniquely suited to discuss one of the great dichotomies of dinosaurs in popular culture.

As it is, Jurassic Park/World is first and foremost a business. So let's imagine they did want to make dinosaurs as accurate as possible: they work out all the coogles in the code, and manage to create the closest facsimile to a genuine, bona-fide, supinated-armed, feathered Velociraptor mongoliensis. Then they present the creature to a test group. The test group responds negatively. "That's not a raptor, raptors are bigger and scarier!" "What's with the feathers, they look goofy and weird!" "That's not very scary - more like a three foot turkey!" So the executives tell the scientists: go back to the drawing board. "Dump the feathers." "Blow them up to six feet again." "Pronate their arms." "Make them look scary again." And so we have the very curious situation where we desperately want dinosaurs to be real animals - but we also want them to be unreal monsters.

Think about the implications of that. The appearance, the very genetic makeup of an animal being altered into a grotesque caricature of itself, because of public perception. It isn't as if it's an isolated incident, or even in the realms of science fiction - we see this all the time right now in animal husbandry. If we can create toy dogs and show pigeons which would not last a week in the wild, even with modern considerations of animal welfare and animal rights laws, then what could possibly stop a corporation from doing whatever the hell it likes to lifeforms to which it might well own the copyright? 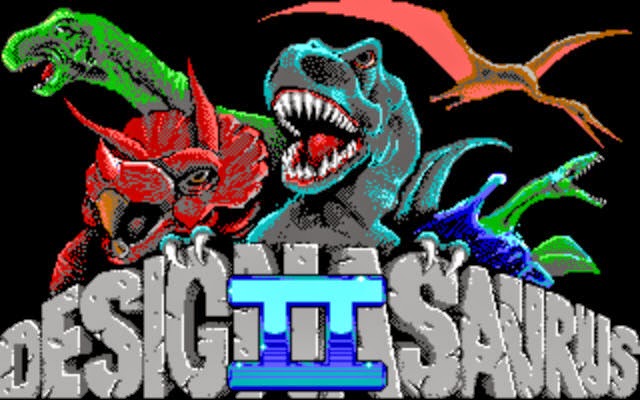 The logical extension of Jurassic World, and OH MY GOODNESS YOU CAN DOWNLOAD IT HERE

This extends to all the creatures. The Mosasaurus could have been another victim of the "make it bigger and scarier" paradigm: scientists were ecastatic at the possibility of recreating marine reptiles, only to be told that focus groups said "we want something that could eat a Blue Whale." To hell with biological considerations that go with increasing an animal's size to the limits of physical endurance, forget putting the creature under stress in a far-too-small enclosure, the people want a sea monster.

And the D-rex? Focus groups wanted a dinosaur "bigger and scarier than a T-rex." Evidently Spinosaurus didn't test well, and they couldn't find DNA for one of the larger Carcharodontosaurids, so they decided to give the people what they want. Which is, predictably, a monster that bears little resemblance to a living creature. Isn't it a fitting metaphor to the state of the dinosaur in popular culture as a whole?

Following Jurassic Park's release, we've had dinosaurs as animals and dinosaurs as monsters. Most of the former were documentaries, most of the latter were fiction. Some, like Jurassic Park, walk the line between animal and monster - and why not, for many a real animal is a monster too - or feature different dinosaurs as both. It remains to be seen whether Jurassic World continues exploring that strange dichotomy, or like the sequels, reverts to type by just having dinosaurs running about eating people.

Whatever. It has dinosaurs, I'm happy.
Uttered by Taranaich at 00:01