Charles over at Singular Points wanted to compare and contrast Clood's take on "Queen of the Black Coast" by posting Buscomas' version, while JainkhulTamhair at the Robert E. Howard Forums provided the Savage Sword incarnation (also Buscomas, but in black & white).

Well, I figure I may as well up the ante by providing Petri Hiltunen's marvellous adaptation too, with an English translation provided by Cromsblood, with REH for reference, and Google translate to assist.*

First off, Clood's interpretation, which has naturally been the subject of much debate: 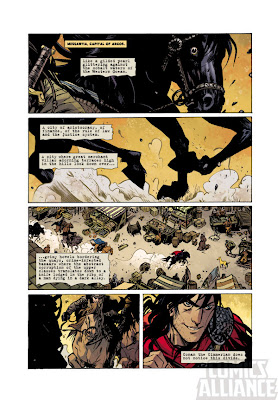 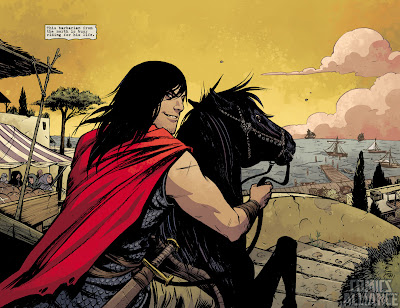 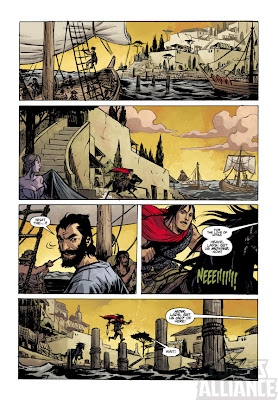 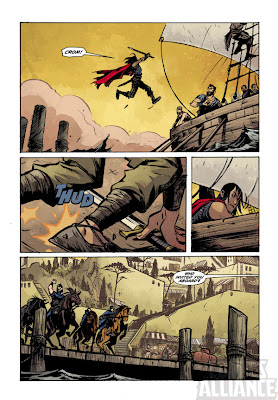 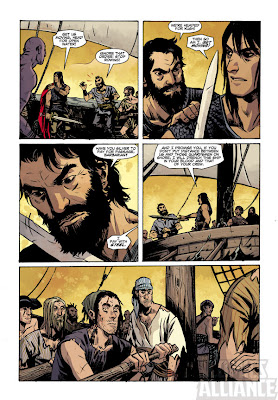 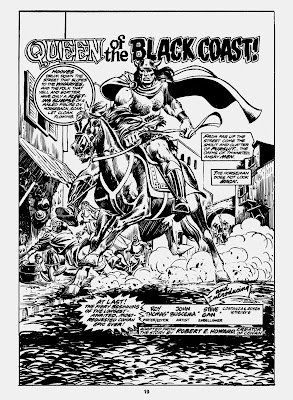 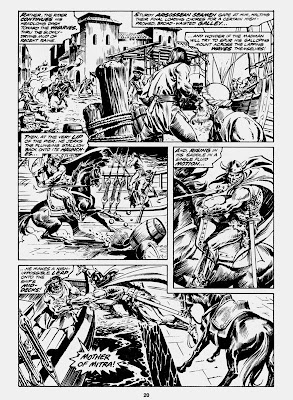 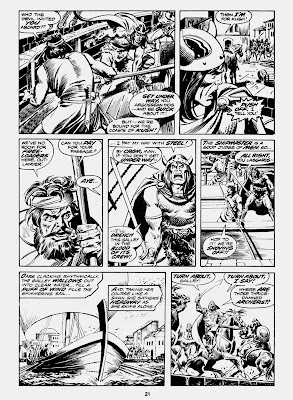 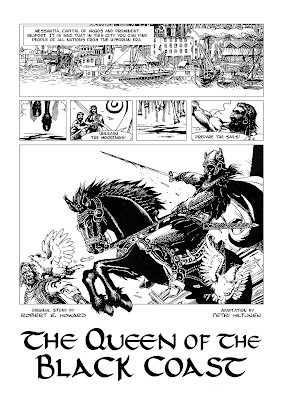 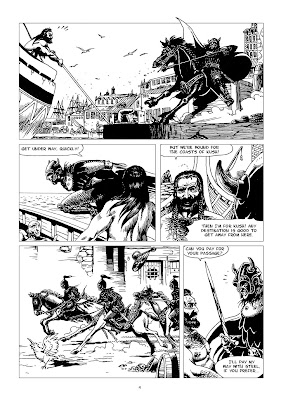 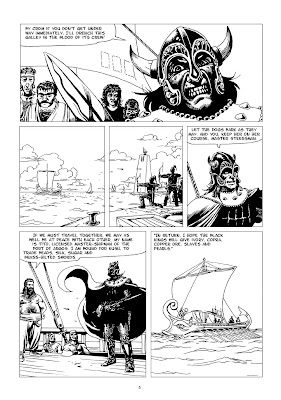 Personally, I love how all three are very different interpretations of the same scene.  I suspect there wouldn't really be a consensus on the "best" one like there can be with other Dark Horse vs Marvel adaptations. I can, and have, voiced my issues with Cloonan's adaptation, but I could easily do the same with Buscomas', and although Hiltunen's is the most faithful adaptation of the three by a substantial margin, even it has some things that I disagree with.  It just shows you that this story really deserves not just one great adaptation, but several.

Hiltunen's is my favourite, though, and not just because of the fidelity: it really captures that marriage of the Northern Thing with the exoticism of Belit, the Black Coast and piracy on the high seas.  If "Queen" was made into an opera, I see it as a mix of African, Semitic and Celtic musical styles.  But I digress, back to work.

*Thanks to Cromsblood himself for reminding me to finish that sentence!
Uttered by Taranaich at 00:01